Your people want a TCRF page. 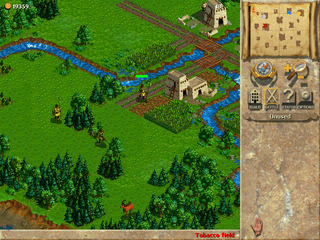 Due to a programming oversight, native soldiers can be clicked on and commanded to stop moving, as though it was your own unit. Interestingly, their name will show up as Unused. 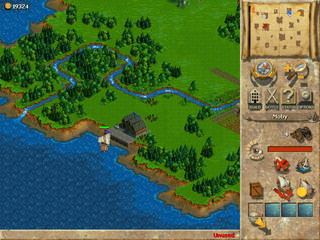 These sound effect tracks are exclusive to the German version. Some, if not all of them, appear to be unused.

These sound effect tracks are exclusive to the British version:

The order of the music tracks was changed. In the British version, Ballad Of Hope is the first track played when starting the game, whereas in the German version, it is In The Beginning.

When closing the game, the British version asks if you really want to quit. The German version doesn't.

To enable the game's cheat mode, follow these steps:

These codes do not require cheat mode to be turned on.

Note that on the German version, using the version code brings up a screen with empty information, and the screenshot code does not work.