a is a 2D platformer with a title so hard to search, it may as well not exist at all.

The game, which cost a mere £0.89, was later removed from the eShop. Whether this was because of a character that bears more than a passing resemblance to Captain Olimar, or other reasons, is unknown. The game has been also released on PC and was free during a itch.io sale, there are no footages and builds of this PC version.

At the end of the game, Dracula spouts out binary which translates into a suggestion to use the Konami Code (Up, Up, Down, Down, Left, Right, Left, Right, B, A, +) on the title screen. Doing so triggers a screen referencing one of the secret screens from Sonic CD. Waiting over two minutes on this screen will cause an image to appear, depicting a certain Chinese leader dressed up as another notorious figure from history. 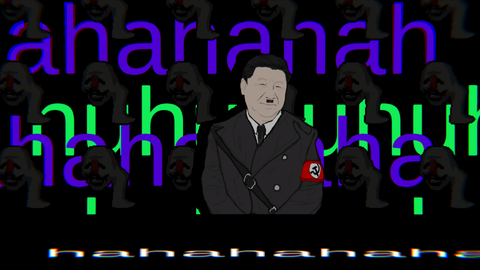 This image was removed in v1.1, but the rest of the sequence was left intact.