The Genesis Akira is one of many cancelled game adaptions based on the 1988 movie of the same name, which in turn is based on the manga. While a prototype of this version was showcased at the Summer Consumer Electronics Show (SCES) in June 1994, the prototype covered here predates that one, as it has several notable differences that would be remedied in time for the public showcasing.

Even though almost every level in this build lacks any music or sounds, a lot of the game's audio is present in the sound test.

A different version of Motorcycle Rumble/Level 1(T) was shown as the first level in the SCES demo. It was an entirely separate mission that allowed the player to play as either Kaneda or Tetsuo. Level 1(T) would be renamed to Level 2(T) and was changed to involve Tetsuo running from the police.

The text for this later version already exists in the ROM, at 3EE7A. Note the "Keneda" misspelling.

In addition, text for what seems to be an opening cutscene can be found at 9A155. The formatting and spelling mistakes have been preserved.

The levels can be selected on a map in any order, and each level has a preview picture and a short description for the stage that follows the plot of the movie. 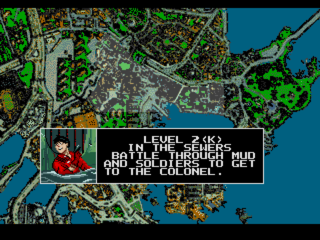 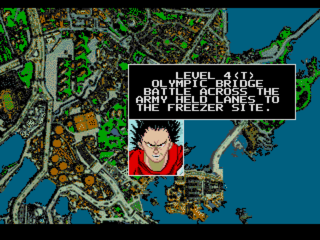 The only level pair that is practically the same, with the only difference being the character you play as. All you can do here is turn left and right as well as punch. 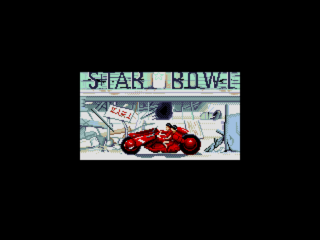 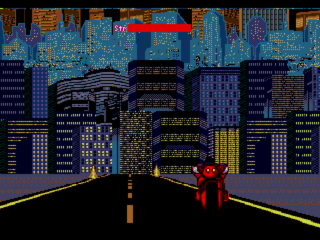 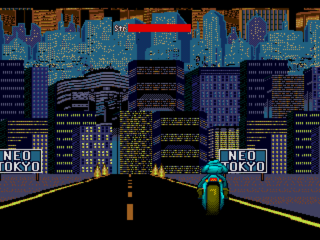 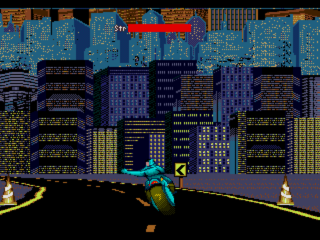 The first of two first-person stages. In them, you control Tetsuo through a military hospital almost in the style of Doom. You can turn around, strafe, and shoot out Esper energy blasts. There are also doors you can open by just walking up to them, as well as enemies you can blow up (and quite graphically, too). 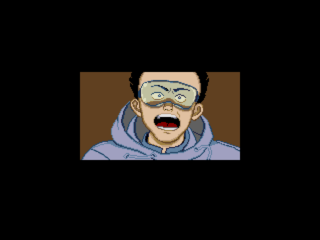 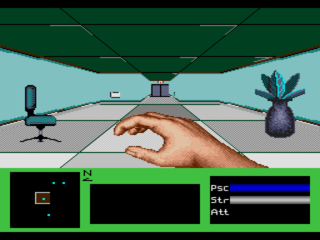 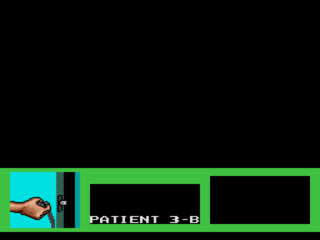 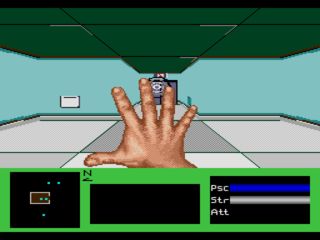 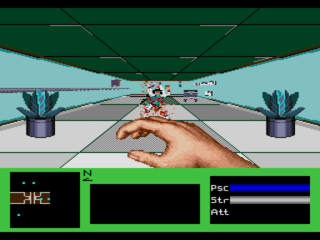 The first of two platforming stages. In these, you control Kaneda in a very side-scroller fashion. He can jump, climb ladders, kick and shoot a gun. Shooting the gun drains your ammo, which you can refill with items. Once you're out of ammo, your gun gets replaced with a punch and the ability to block.

There's also an interesting mechanic in this level: the ability to switch between the background and foreground layers through door-like holes on the wall. 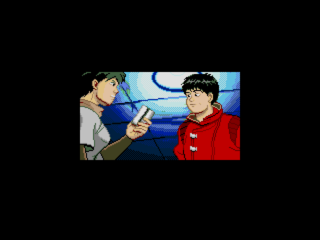 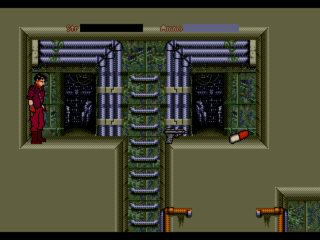 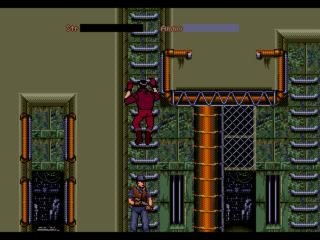 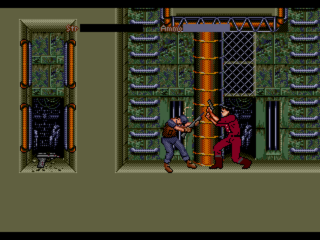 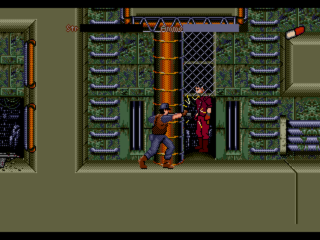 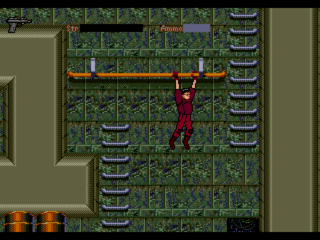 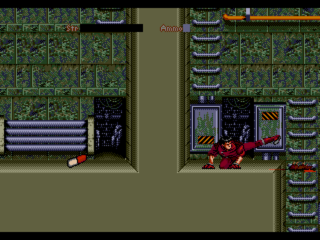 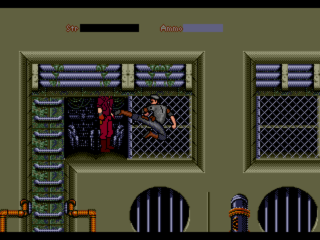 The second first-person level. Very similar to the first one, but with a few noticeable differences:

A side-scrolling bike-escape maze sequence with a rather impressive pseudo-3D effect. This is one of the few levels to actually have sound effects: a sound for shooting, a sound for bullets hitting metal, an explosion sound and a "NO!" soundclip for the enemies. Shooting the bike gun drains your ammo.

This one is an isometric stage starring a freshly broken-out Tetsuo. All he can do is move around and shoot out Esper energy waves. However, he can charge up those energy waves to make them even deadlier.

The second of two platforming stages. Takes place on the famous elevator.

This level was meant to be the climactic showdown between Tetsuo and Kaneda from the movie. However, you can't really do much here, because the game freezes upon loading into the fifth stage. This can be fixed with Action Replay code 00D5F4:4E71.

In terms of gameplay, this level is similar to the platformer levels, but with one boss instead of multiple enemies. Players 1 and 2 take control as Kaneda and Tetsuo, respectively, and pummel each other until one loses enough health. Tetsuo mutates once this happens, while Kaneda stops getting staggered by attacks.

Once Tetsuo mutates, Player 2 is unable to control him, and starts cycling through a set of actions. He walks forwards then backwards, jumps in place twice, attacks with a flesh whip from his hand twice, spits slime at Kaneda, and uses a similar whip near his foot twice. Rinse and repeat. If Player 1 hits mutated Tetsuo, the mutation animation plays in reverse and he returns to normal. Another attack will set the animation off again, however. 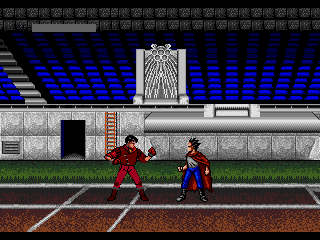 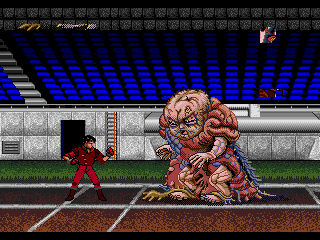 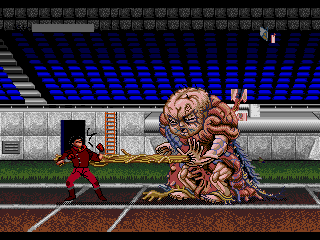 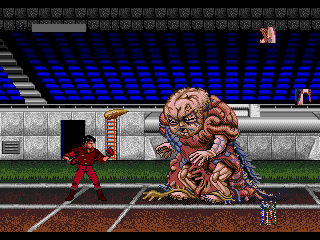 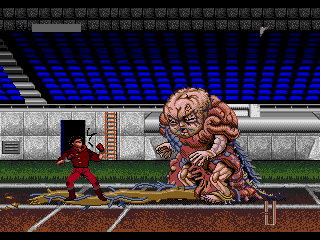 How the level plays out after the fix