Not to be confused with Albion Online, Albion is an RPG that was released somewhat late into DOS's lifespan. 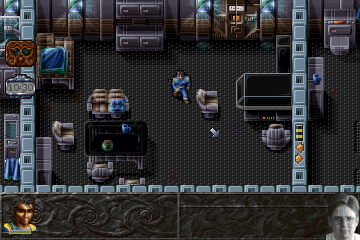 Go to the options screen from the main menu and type in schnosm. The screen will flash white briefly. Now, when going into the game, the mode can be toggled on/off at any point during the game by pressing Alt and F12.

Toggling it on will enable the following:

The following actions will also be available: