Seeing as he's supposed to be from our world (and time)...who the heck names their kid Astyanax? How do you even pronounce it...?

Fun fact is the Japanese version could also be translated to The Road of King, though the game's English text debunks that. 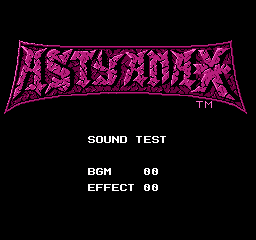 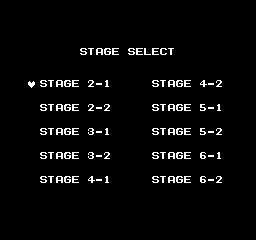 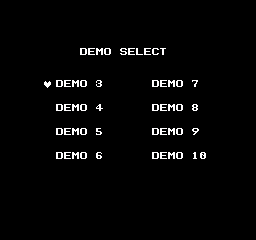 At the title screen, press Up, Up, Up, Down, Down, Down, A, B, Start. Press Start to exit back to the demo menu. 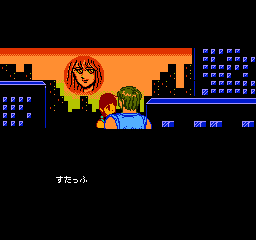 At the Demo Select menu, press B, B, A, A, B, A, Up, Down, Start to see the ending sequence. Oddly enough, this ending is different from the usual one in that it shows the developer credits at the end. The credits sequence was retained in the US version, but left untranslated.

Below is a translation of the text:

Most of the development team would go on to develop another NES title, Totally Rad.

The Japanese version is one of a few games that do not include a mandatory one-frame delay for the PPU (graphics chip) to warm up. It just so happens that the Famicom system is wired in such a way that the PPU will start up approximately one frame earlier than the CPU, and thus not need as much of a delay.

If you play the Japanese version on a US NES system, the game will only boot if the system has been powered off for at least 30 seconds. Waiting less time, or resetting the game will prevent the game from booting.

The game logo was redone to accommodate the new name, and the Jaleco logo was removed.

The Medusa boss had a bit of breast reduction, and features a scaled chest in the final US and European versions of the game instead.