The game is rather a playable Flash game instead of a animated episode hosted on YouTube. Episode 5b, while seen as difficult by most fans, who dissed it in favor of a real episode, 5c, over more levels for the game from a poll, it does have its fans.

This was the 2nd part of the 5th episode, which is a challenge about getting to Yoyle City and climb the summit of the Yoyle Mountain, that takes between FreeSmart members and other objects got eaten by Evil Leafy, and FreeSmart exits Evil Leafy and catches up.

The game has not been finished, with only 54 levels out of an intended 133 having been released. The last update, which added Levels 50-53 (4 new levels), was released on February 25, 2013. Cary and Michael Huang have stated that they do want to continue creating the game, but are having trouble with college. 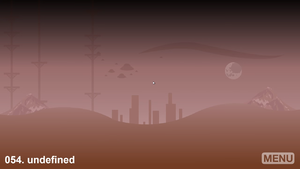 A placeholder level called "undefined" is in the game. You can't do anything here, though, due to there being no objects or playable characters on-screen.

To reach this level, you must play on Level 53. Since there is a wall blocking the player from getting across, the player must rely on several exploits (e.g. grab boosting) to get Book, Match, and Ice Cube across. Once the level is completed, the unused level is shown.

Another way to get to this level is on a site with an improper copy of the game without levels.txt.

A total of six characters are present in the game's files, complete but unplayable: Bubble, Ruby, Pencil, Lego Brick, Tune, and Waffle. 3 out of the 6 characters are rejected recommended characters, while the rest are the cast of BFDI.

The first five were intended to be found by the player as the game progressed, but this has not come to fruition due to development having stalled. They were playable at one point in development, as seen in the game's trailer.

The latter three are present in the game, but only as NPCs.

To order to make levels in the meantime, you will need to edit the levels.txt file and load the game. 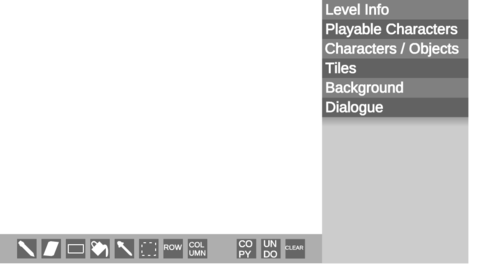 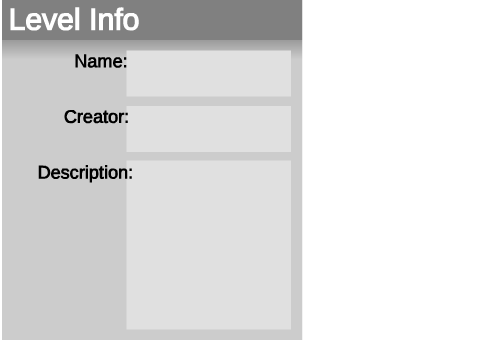 Presumably to edit your level's information, with the name, author, and description. 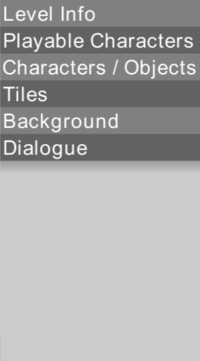