This is a sub-page of Bangai-O Spirits.

Like with Astro Boy: Omega Factor, Treasure made several additions and refinements to Bangai-O Spirits for its international release. 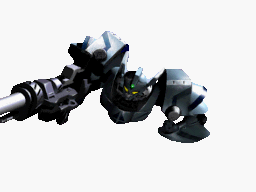 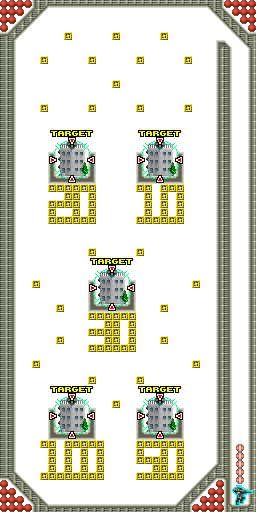 This is the only stage that was removed from the international version. Based on a pachinko machine, the goal is to knock the baseballs out and have them land on the Mines, which explode and destroy the target Buildings.

However, due to the tweaked explosion damage in the international version, the Mines are no longer powerful enough to destroy the Buildings, making the stage unbeatable. This is most likely the reason it was removed. Despite that, the stage's name was still localized (somewhat erroneously) to "Pinball", suggesting it may have been a late omission. 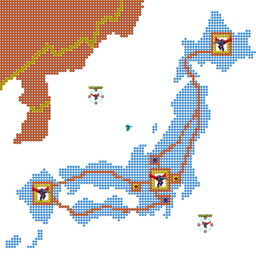 Based on a map of Japan. A stage with two target Longai-Os, with three more large Longai-Os to potentially be released. 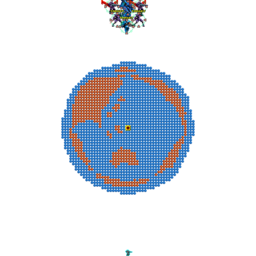 Based on a depiction of, well, the Earth. Six target enemies grouped together, each among the toughest to deal with in the game. 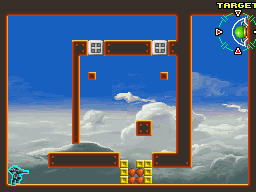 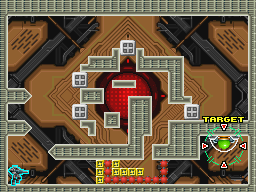 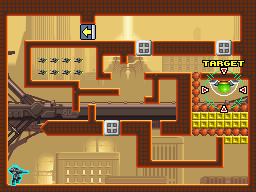 Yet another pushblock puzzle stage. 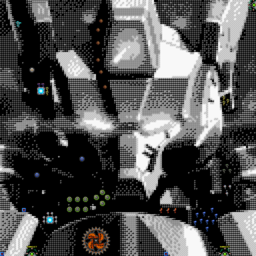 This stage is modeled after the cover art for the Japanese version of the game. 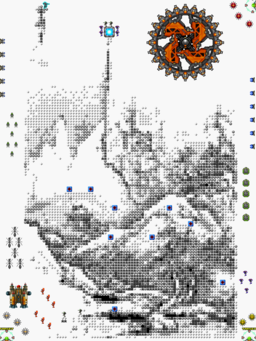 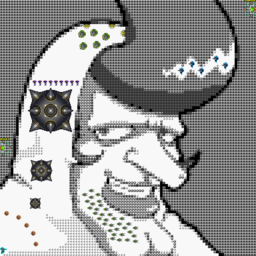 Sabu is a recurring boss character in the original Bangai-O. This stage is modeled after his character portrait in those games.

These stages were modified in some way for the international release.

Two more target DrillBosses were added, the four AirMine Spawners on the right-hand side were removed, and the center divider was modified to prevent the player from crossing over.

In this stage, the turret at the beginning fires, igniting the explosive trail lining the walls, which needs to be outran. For the international version, a Bomb was added behind the player, likely to prevent them from destroying the turret before it has a chance to shoot. The turret itself was also changed from an H.Cannon to an H.Laser. Otherwise, the stage layout is identical.

The stage was expanded vertically, adding a thick floor and ceiling, likely to prevent the HUD from obscuring the opening at the top. Otherwise, the layout is identical.

The destructible wall hiding the first boss was replaced with gates, just like the rest of the bosses. Instead of breaking through the wall to get to the BigBot, you have to destroy the crate to unlock the gate.

The ceiling at the starting point was lowered, possibly to make it easier to shoot the destructible blocks. That's it.

This stage has you choosing a random path in hopes of reaching the target without much trouble. The stage was modified (and slightly expanded horizontally) to accommodate English translations.

This is a simple stage which has you shoot an explosive trail, which detonates the surrounding blocks until the leftovers form a message. The stage was modified to translate the message from Japanese ("Bangai-O" in katakana) to English.

Stages can only hold so many objects, which are denoted using a points system. Most objects only take up 1 point but some take more. Many of the higher point requirements were sharply reduced for the international version, perhaps due to optimizations.

Three stage backgrounds were added to the international release.

Five stage patterns were added to the international version.