A "Twist" on an old series that also introduced dancing fruit.

Named planet_inferno.png, this graphic is likely an earlier version of the Firestorm planet's graphic and name.

Chain Reaction's old name might have been Chain Gang, as evident in this unused graphic. 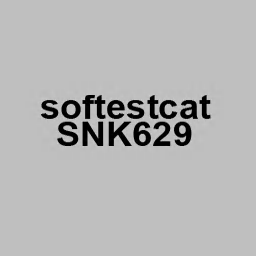 Being an obscured sprite of the game, this texture isn't noticed by many. It tends to appear on a UFO sprite upon beating Level 10 of Classic Mode, although it's rather difficult to be seen. 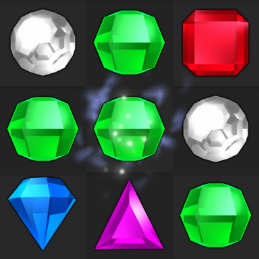 When matched, an Ice Gem will "freeze" the board, tinting the background blue, pausing the music, and preventing bombs from ticking down for three turns. It will not stop the timer in timer-based modes, however. Unlike all other special gems (even the Skull Gem below), this gem does not have special hover-over text.

This gem can be created in Challenge mode by editing the game's save file (users/{Player's Name}/profile.dat) and configuration file (properties/config.xml). Using a hex editor, open profile.dat and change offset 0x6A from 18 to 58. Then, using a text editor, open config.xml, locate the IceGemsAllowed setting, and change it to true:

An Ice Gem can then be created by forming an X shape with a single color of gems. This would have been accompanied by the following tutorial text, though the code to display it seems to have been removed:

"You've created an ICE GEM by making an 'X' with 5 gems. Match it for Time Freeze!"

Ice Gems can only be created in Challenge mode. Even if you edit the configuration files of other modes to enable Ice Gem, the game doesn't recognize X shape matches. This is also the only gem that gives a lavender-colored tutorial text, which is not possible anymore since this gem was scrapped. 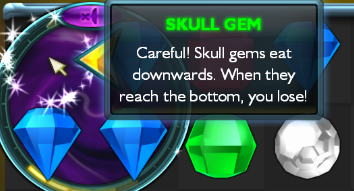 The Skull Gem lacks any graphics whatsoever, simply appearing as a blank space on the grid. When you take a turn, it'll start eating the gems below it. When it reaches the bottom, the game will crash (presumably due to a lack of a game over animation for it). It will properly display some special text when hovered over, however:

Interestingly, leftover tutorial text exists for this gem too:

"What's this? This SKULL is chomping thru your gems! Destroy it before it hits the bottom!"

Also unusually, Classic mode contains settings that would spawn these gems at level 25 or higher, but they are ignored by the game. The game will freeze if the setting is changed. 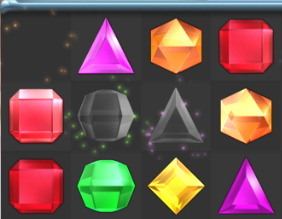 The Angel Gem would've removed all bombs from the field when matched.

Although it can be placed on the grid, the game would crash as soon as the cursor is moved in-game. The text when hovered over if it wasn't for the crash, however:

ANGEL GEM
Angel Gems are the rarest of all. They are formed by making 4 gems in a 'plus' shape. When detonated they clear all bad gems from the screen.

In the final game, the Challenges ended up taking up this behavior; completing one destroys all Bomb and Doom Gems on the field, as this (supposedly) would have done.

Sequence 44 in Skaven's section of the music (BejeweledTwist24.mo3) is only placed at the very end of the file, never reached under any circumstances. It sounds like it would've fit in with the Untimed Challenge theme.

Similarly, sequence 45 is located right after 44, and is the last sequence in the file.

This music is named "TROPHYROOM" in music.xml and has offset 100 with tempo 112. "Trophy Room" was a achievement screen of PopCap's previous game "Chuzzle". Although later Bejeweled games do implement an achievement system as Badges, the badge list screen of those games simply use the Main Menu song.

This fanfare is named "HIGHSCORE" in properties/music.xml, with offset 103 and tempo 141. In the final version, there is only "A new highscore" voice if you get a highscore.

This music is named "WHEELINTRO" in music.xml and has offset 104 with tempo 126. While the "wheel" does show up in Bomb Disarm screen, this music is too bright for that scene and probably intended for some kind of bonus stage.

This music is named "WHEELSCORE" in music.xml and has offset 107 with tempo 144. This was also probably intended for some kind of bonus stage, likely when the player is "spinning" a roulette-like thing.

This music is named "BONUSROUND" in music.xml and has offset 108 with tempo 126. This was probably intended for the main theme of bonus stage.

A number of sound effects not used in Bejeweled Twist are also present in the game.

This sound is used, but only in a speed up version in-game. The original sound is unused.

This was possibly meant to be played for unlocking a challenge's Eclipse puzzle. In the final game, nothing in particular plays when the 7th challenge of a planet is beaten.

Judging from the name, it is likely that this was initially played when a Supernova gem is formed.

Nowhere in the tutorial level plays this sound effect.

Perhaps initially played when you complete a level? 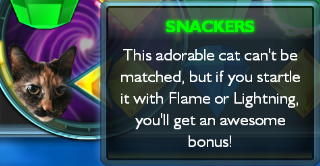 Typing 'snackers' while any piece of Coal is on the grid will change all of the Coal into Snackers, Popcap co-founder and Bejeweled creator Jason Kapalka's cat. In order for this to happen, the Gem Rotator must be off the board and there must be at least one Coal on the board. This changes the hover-over text as well:

SNACKERS
This adorable cat can't be matched, but if you startle it with Flame or Lightning, you'll get an awesome bonus!

Additionally, Snackers will purr if you hover over her long enough.

In properties directory there is an unused XML file config_locksmith.xml. This file contains the settings that make Lock Gems appear frequently. While the final game doesn't have a Challenge named "Locksmith", it is possible that the game once had missions that involve Lock Gems.

The following is an example challenge that makes use of config_locksmith.xml:

There are several objectives and options for Challenge mode that are not used in the final game.

quitonfail option will instantly end the game if the player breaks any of the mission criteria (e.g. do not use any Lightning Gems). In the following example challenge, the game ends when the player creates a minimum of x5 cascade.

While this option is technically used in Preserver Eclipse, it is redundant in that mission because the badgem option will always terminate the game when the specified gem is destroyed, even without the quitonfail option.

Laser Gem might be the initial name for a Lightning Gem, with Amnesty Gem possibly being another scrapped gem idea. Also includes the number of Ice Gem matches as a configuration?

All challenges (defined in properties/challenges.xml) have an unused property named "donedescription". These messages might have been intended to appear upon completing a mission. The "#" symbols are variables, and programming for it is partially left in the game (see the "Variable replacement" section below).

The programming of it only exists for the following challenges. All other missions crash the game when you hover your mouse-cursor on challenges.

There is an unused message regarding unlocking the "Night Mode". Night Mode is the internal name of Eclipse challenges, but none of them are speedrun mode. The final game does not display any special messages upon completing all challenges.

Unused text for the statistics screen exists in the game's executable file, which includes text for the scrapped special gems. The final game only records total points, best single move score, total gems destroyed, and so on.

There is an early list of mode names which does not match with the one in the Old Statistics Screen Text or the final game's roster.

There is also text for saving and editing the "puzzles", which might have been used in the Creating Mode.

Pressing CTRL-ALT-D will play a sound (C:\WINDOWS\Media\Windows XP Menu Command.wav) to indicate debug key input is enabled, allowing options of typing unique keys for debugging displays or mechanisms, another use will disable it.