Black 2 is the sequel to Criterion's Black, which sadly never saw the light of day.

Except for the two very early tech demo builds that have surfaced, dated 29 June, 2006, and 13 February, 2007. Both builds also use the icon from Burnout Revenge.

This is a debug enabled build with no actual gameplay. Just the ability to fly around a map, spawn cubes and cars, and play a bit with the very small debug menu.

A slightly later build, 7 and a half months after the previous one, and it has some gameplay! This one has a relatively big map, though with almost no textures making it not the most pleasant thing to look at.

While there is no debug menu, there are still some additional debug options that can be enabled. 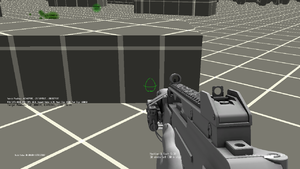 Some options that are enabled by default can also be disabled. 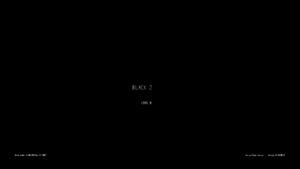 Normally the game gets the build date from the actual timestamp of the executable, not what's stored in its header, nor the stored timestamp string. However, if the function at 822D0258 returns -1 during startup, it'll default to the fixed string that'll display it as Build Date: 11:06:50 Feb 13 2007.

This can also be bypassed and forced to always display the fixed timestamp by editing the following instruction: