A dating simulation game based on the same-titled manga.

Of the graphics in the folder SMP_DATA, several of them are not called:

BOYS_TT2.TIM
An early version of the title screen, with a different text placement and lacking copyright information. 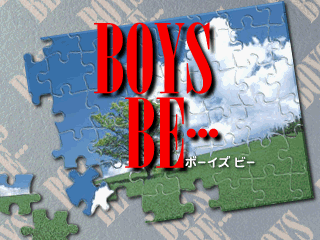 CNT_DOWN.TIM
A slightly earlier version of CNTDOWN2.TIM, which uses a different typeface for the numbers.

OMAKE.TIM / OMAKE2.TIM
Earlier versions of the "Bonus" background. The final game uses OMAKE3.TIM, doesn't have any buttons on the graphic. 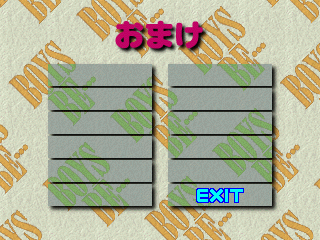 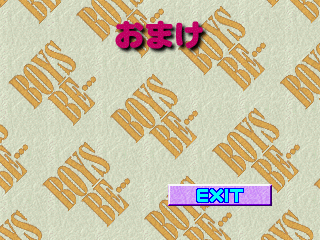 OPTION01.TIM / OPTION02.TIM
Earlier versions of the Options background. It seems that, at some point, the player character was going to have his own voice. 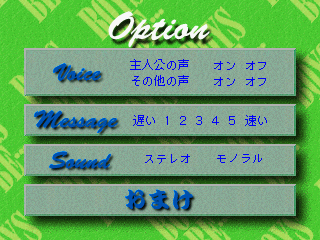 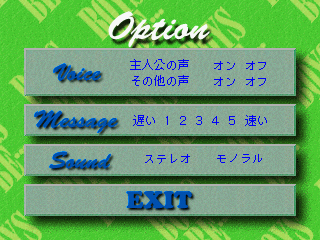 OPTION_1.TIM
An even earlier version of the Options background, using different coloring and fonts. 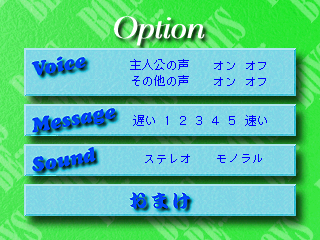 OPT_2.TIM / OPT_3.TIM
Button graphics for the early versions of the Options background. 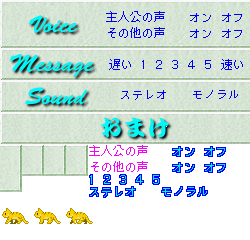 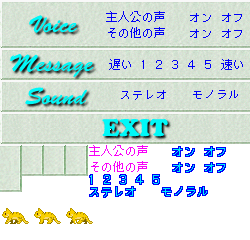 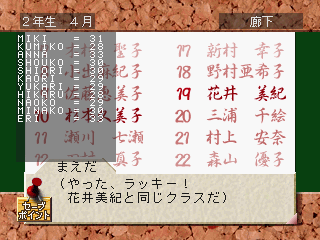 Use the following code to display several debugging values during gameplay.