The Brain Series 12-in-1 is a multicart which, despite what its name suggests, contains 13 different games. 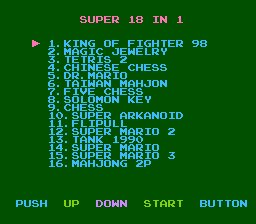 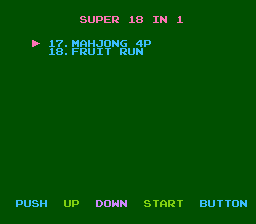 An expanded version of the menu that lists five more games, which can be accessed by editing the value in the ROM at offset 0x7E530 from 00 to 01. The extra games are present on the multicart as well: