The Rhino has three paint jobs in the game that go unused, due to the car being a boss car. These are leftover skins from Xform's other game Downtown Drift. 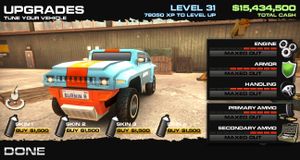 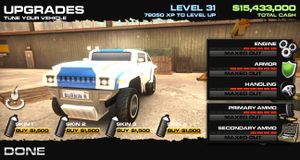 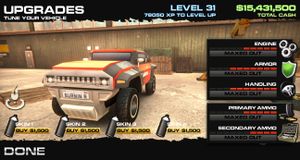 A few vehicles had their name changed in Burnin' Rubber 5. These names are from the previous Burnin' Rubber games like 3, 4, Crash 'n' Burn, and Shift.

To add more confusion into the name changes, when you complete Destruction Derby and unlock the Snake, it's called Stingray.

In VehicleData.txt, there's a list of extra vehicles in-game that have nothing other than their names.

In the "English (US)" text file, there's some text listing an unused console that would show you who eliminated who in-game. It's only appearance was in the Sneak Peak build for the Shockwave version of the game in 2012. For some reason, the text remains in the HD version.

Like the Unused Console, they also left some lines for downloading vehicles. In the original game, you had to download a vehicle in order to use it. Since the HD version already has the vehicle files, there was no need to download vehicles.

In the files, there's 2 songs named "AllThatMatters" and "Adrenaline". The only way to hear these songs in-game is via modding.

A few cars in the game for some reason have modded bodykits and not their original. The only car to have their original counterpart in-game is the Inferno 66 and Spryster Turbo. 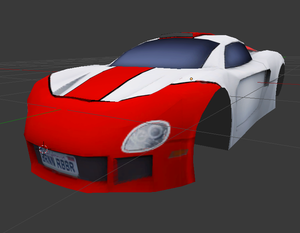 Inferno without the bodykit. 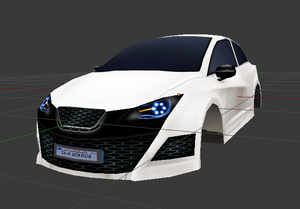 Evader without the bodykit. 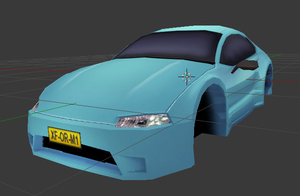 A few weapons go unused as well. It's unknown if the weapons function or not but their mesh data is still in the files. 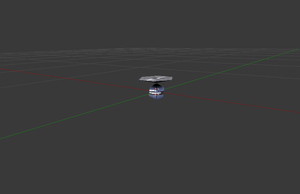 The only engine sound used in-game is DefaultStationair_SFX.wav, while the rest were left unused. In fact, these are the same engine sounds that are used in Burnin' Rubber: Crash 'n Burn.