Castle In The Darkness

Castle In The Darkness is a 2D action exploration platformer with some RPG elements. It's heavily inspired by games like Castlevania and Metroid. And it's filled with tons of secrets and references.

This room is floating right at the beginning of the game, in the upper left corner of the level. Inside is a clone of the player lying on a pedestal. Walking off the screen to the right teleports the player in front of the castle, where the game normally starts. This room might have been intended for a beginning cutscene in the castle, where the player wakes up after the monsters attacked. This is in reference to Zelda II: The Adventure of Link. 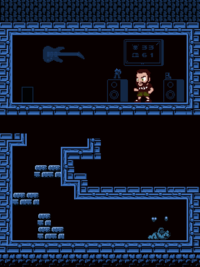 The developer room has an inaccessible hidden basement. The floor seems like it is supposed to be breakable with the Executioner, but it's not. Inside the basement lies a dead blue baby surrounded by two flies. This is a reference to the character ??? from The Binding of Isaac. 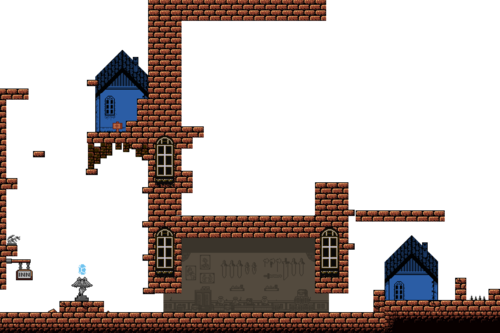 This area is hidden on top of the shop where you get the Wrong Sword. It looks unfinished and is blocked off by some blocks that are not visible from the screen below. It is empty except for one enemy. 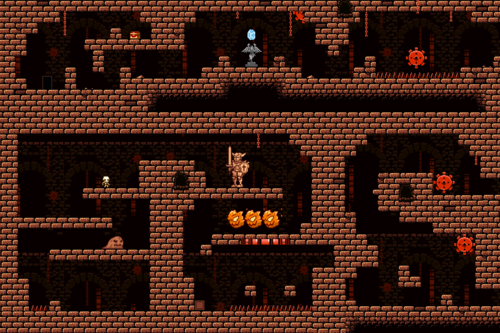 The clock tower section in the second half of Alexandria used to be bigger. This additional section was most likely entered from the right, but it's now sealed off by a wall. Inside are multiple enemies: three Bombers which will cause an explosive chain reaction when one of them dies, a giant knight, a skeleton, and a slime who can turn itself into a big sword when the player is above them.

The church of Alexandria is always locked, but an unfinished interior exists nevertheless. The church even has unique music! It's not possible to interact with the NPCs inside. The door under the angel statue leads outside.

This room used to be the second staircase room until it got replaced by an almost identical replica of the first staircase room. The doors go to the same places as usual. A part of the previously mentioned church interior is visible.

As the church was never finished this music goes unused.