Catz is one of the many games in Ubisoft's Petz series, at least internationally (more on that below). This one in particular is known for the title screen music featuring a symphony of meowing cats.

All of the characters have frames of each of them speaking, but the game only ever shows a still portrait of their face.

Present in the tiles for the living room is "Debug", in an odd font.

In the mornings, the Sleep option is grayed out. Forcing the game to select it during the morning displays this otherwise-unused text: 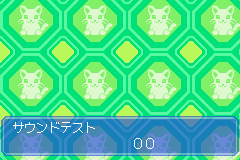 In Japan, Kawaii Koneko is the third game in MTO's Nakayoshi Pet Advance series, whereas elsewhere it became part of the somewhat more generic Petz franchise. "2002 MTO Inc." was also altered a bit to look consistent with the copyright symbol.