Clock Tower 2 is the sequel to the original Clock Tower for the Super Famicom. It was the first game in the series to be released outside of Japan, and as such was renamed for its international release. 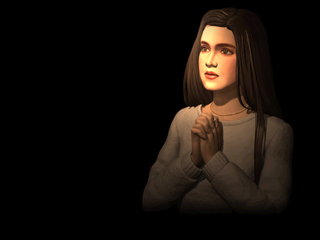 Inside the "OMAKE" (Japanese for bonus/freebie) folder is a 640×480 wallpaper named "JENNIFER.BMP". This file is only in the original Japanese release.

The Japanese version of the game contains a secret mode that can be unlocked by playing all 10 endings, called "Buyo Buyo Mode." If the mode is turned on during the game, all of the characters change size and width repeatedly. While the menu option for this was removed in the localized version, the mode is still functional and can be activated with the following GameShark code: 300958B0 0001