Cruelty Squad is a first-person shooter developed by Consumer Softproducts.

Alongside the regular levels, there exists multiple unused test levels. Attempting to load any of these in place of a regular level will crash the game. However, they can still be loaded and viewed in the Godot editor. 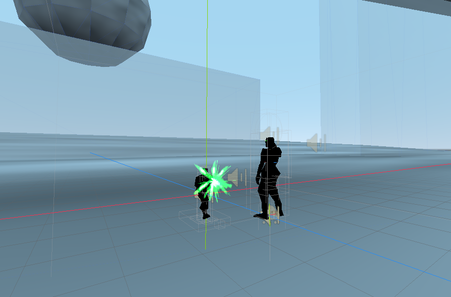 A very large, flat plane with a large sphere and large cylinder in the distance. A singular, undefined enemy is in front of the player start. 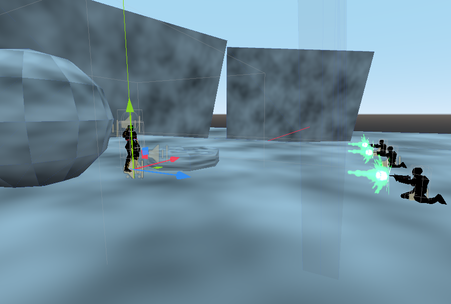 Once again, a large, flat plane with undefined enemies in front of the player start. This level seems to be a test of Godot's geometry tools. Notably, the three enemies are named "Soul", "Soul2", and "Soul3".

A duplicate of this file can also be found as Test_Level3.tscn. 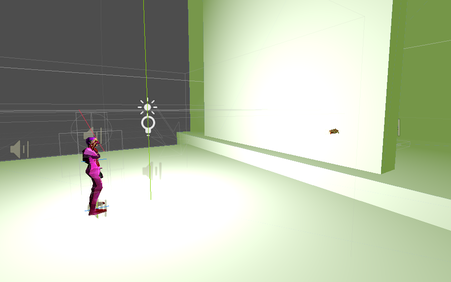 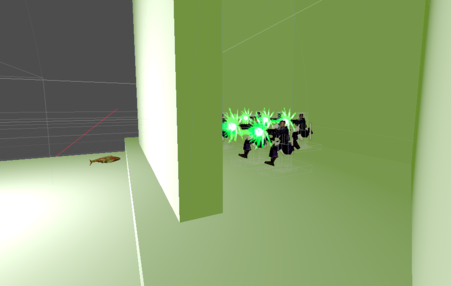 The most up-to-date, real test level. It features a singular floating fish(?), defined lighting, and multiple generic security grunts behind a wall not too far from the player spawn.

Within Textures/Menu/Weapons_Profile exists unused outlines for a few of the weapons in the game. According to the folder name, it may have been for a customizable weapons profile system that was later scrapped in favor of the two weapon slot system.

The Minecraft logo is hidden in the Textures folder, and was used as a joke placeholder when the game's UI was being worked on. 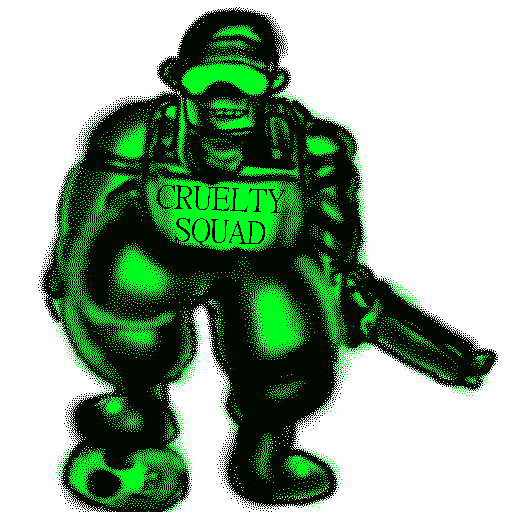 Found in Textures/Menu is a strange green mockup of the game's main character. Purpose is unknown.

According to the name, this stock music may have been a placeholder for the music in Mall Madness. The actual song is Kevin MacLeod - Glitter Blast.

Ambient track with extremely similar instrumentation to the music used in Bog Business.

Every weapon has a unique ammo type when you pick it up. Some weapons, however, are unable to be picked up in normal gameplay and thus have unused ammo types. These are found in Scripts/weapon.gd.

These ammo types are for the SNOOZFEST Animal Control Pistol and the Raymond Shocktroop Tactical, respectively.

While not technically unused, some ammo types are not easily accessible as said weapons only appear once.

These ammo types are for the Zippy 3000, DNA Scrambler, Flamethrower, and Abscess Ironwork Lux, respectively.