Crusader of Centy is a clone of The Legend of Zelda: A Link to the Past that is far more worthy of the latter's subtitle, as it involves time travel. Gameplay revolves around throwing swords which have elemental powers depending on your equipped animal sidekick(s). Its story is surprisingly deep. 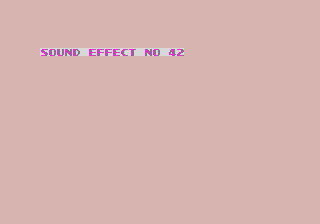 Programming for a sound effect test begins at address $039ED0. Action Replay code 039ECE:4E71 or Game Genie code RGSA-G60R will let you access it after pressing Start on the title screen. 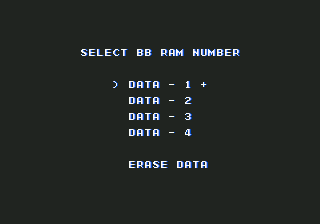 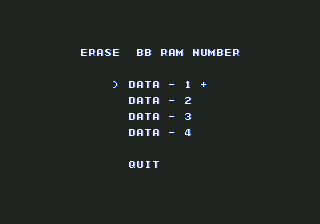 A debug menu meant for quick access to the save data? The programming for it starts at $0338BE. Use the following set of experimental Action Replay codes to access it on bootup:

A plus sign next to the entry means data exists in the save slot.

Present at address $03BAF6-03FFFF of the US version is a block, $450A in size, of code and data from a Japanese version of Beyond Oasis (range $03BB3E-040047) which includes the top scores screen and sound test, among other things. The data is almost identical between the two, but there's slight shifts in the JSR addresses.

Both the Japanese prototype and Korean final have similar findings. Beyond Oasis was initially released in Japan more than six months after the initial Japanese release of Crusader of Centy and was developed by a different company (Ancient), so exactly what is going on here is unknown. 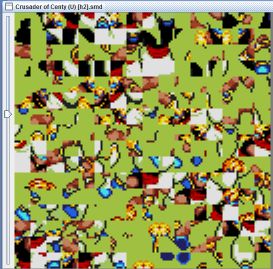 Present in the graphic data. As noted above, Beyond Oasis was released in Japan six months after Crusader of Centy and the two games were developed by different companies, yet Prince Ali's sprites were already a part of Crusader of Centy. This is indeed an odd find.

The American Crusader of Centy and European Soleil featured two almost entirely different translations. The US version was picked up by Atlus and is a little more loose, while the European version has a bit more accurate translation and is less censored (usually in the religious context, i.e. the intro's "Let there be light", "DOG = GOD", etc.). While the European version appears to have less overall typos and scripting errors (such as awkwardly placed line breaks in the middle of words), it is considered by some people too literal compared to the "warmer" translation of the US version.

Some layout differences exist as a result of the differing translations:

Many of the Japanese animal names are based on what the animal in question is or what it does, usually with some emphasis added to various vowels and consonants. The European versions, likewise, name the animals after what they are (though some liberties are taken). Atlus gave the animals much more creative names in the US version.