Dark Seed is a game where you play as Mike Dawson, an advertising mogul turned science fiction writer who has just moved into a new house. Too bad he had a nightmare that leaves him with a monster headache and three days to solve the mystery behind it. The game is most well known for its high res (for 1992) graphics and using art by Swiss surrealist H.R. Giger, known for his work on the Alien franchise.

Within TOSTEXT.BIN is all the text for the game, however, there remains some text left unused.

The game doesn't let you examine the staircase, so the following strings are unused:

There is no situation where the stairs break, so the following strings are left unused:

The game usually doesn't give you any description when Fido (the Dark World dog) mauls Mike to death, so this line is left unused:

The following lines describe the Drekketh guard (the creature outside the alien archive, spelled Dreketh in the floppy version of the text); the game doesn't let you examine the creature, so these lines are also unused:

The following lines of text are supposed to be used with the alien in the Dark World police station lobby, but since Mike gets shot within the instant you enter when he's on-screen, the lines are left unused:

The following lines of text refer to a turbo lift. However, there is no turbo lift within the final game.

Within the game is an unused variant of the music used within the Normal World house, appropriately titled HOUSE.SIT. This file contains a melody to the track which is heard in later ports of the game.

Dark Seed was also released for DOS in CD format, which features music awkwardly rearranged into MIDI format, some voice-overs from the original floppy release re-recorded with different voice actors (with the occasional leftover voice-over from the floppy release still in place—for example, Sargo and the Keeper of the Scrolls still have their floppy disk voice-overs in the DOS CD version), a lot of new voice-overs, and digitized sound effects (as opposed to the floppy release's FM-synthesized sounds). The voice-over changes carry over to every other CD release, with the most complete re-recorded versions being the Macintosh and Sega Saturn versions.

The CD version rewrites much of the narration from third person to first person. However, the way it's done is quite awkward. These text changes carry over to the CD versions on other platforms such as the Macintosh and Amiga CD32 releases.

Dark Seed has been released and dubbed in other languages such as Spanish, French, German, Chinese and Korean, with graphical changes to accommodate these languages.

For... some reason, a splash screen for "Dong Seo Game Channel" shows up on game load up on the Korean version before the game itself does. 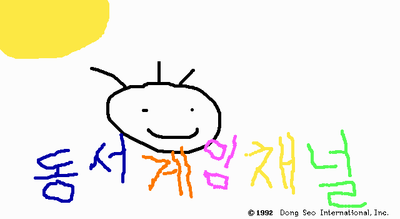 The Korean version has a rather crudely reanimated and redrawn title screen to fit the Korean characters, and the version info text shows up before the title finishes forming.