Deimos Rising is a shmup that improves upon its predecessor (Mars Rising) in many ways. 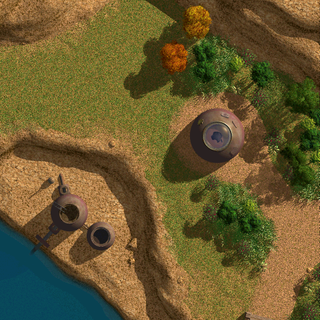 In both the Mac OS and Windows versions, in the background graphics file for one of the maps ("Industrial 2 Map[inm2].TGA"), there is a certain position where a stationary enemy ground unit is placed in the game. In that position is an Apple logo, rotated at an odd angle. When the unit is destroyed, a destroyed version of its graphic is placed where it was, so this logo is never seen in-game. Shown here is just the relevant section of the map. 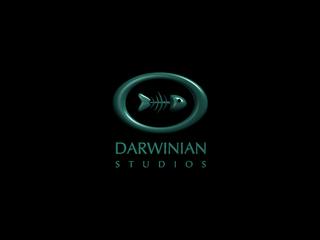 Darwinian Studios was a name for Swoop Software, but hasn't been seen since at least 1.0.1. Since then, it is not seen when booting up the game, despite being among the TGAs present in the game.