The story about the most radical sword out there.

Game Genie code AESNNNNY (US) or AENNONNY (Japan) will re-enable some debug leftovers:

The game uses the string

to determine if the game was soft or hard reset.

After booting the game, the Japanese version shows the Jikuju (a type of Shingon Buddhist mantra) of Acala[1]. The US version just goes to the title screen. 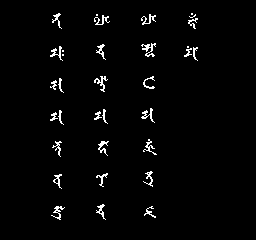 The password screen looks very different between regions. Also, in the Japanese version the password screen is selectable from the main menu. For the US version, it's only accessible by holding Up and pressing A, B, A, B on the title screen.

The game system is greatly different between versions.

The Japanese version contains a whopping number of 13 stages, while the American version only contains 7. Here is a list of the corresponding levels.

The ending is the mostly the same in both versions, but with some minor differences. 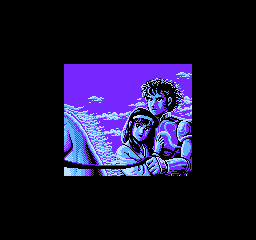