Densha de GO! 64 is a port of the arcade game Densha de GO! 2 Kosoku-hen 3000-bandai, which was released about a year earlier, and is the Nintendo 64 entry in one of the most successful train simulator series in Japan.

Features an actual train controller, and uses the N64 Voice Recognition Unit to announce the signals for bonus points. 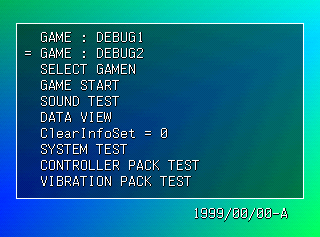 Enable the following code and press L + R in-game to end up in a really trippy debug menu:

There are various options here. The first two options appear to compromise a level select. SELECT GAMEN allows you to jump to various points in the game (game over, bonus game, etc.). GAME START resets the game. SYSTEM TEST, CONTROLLER PACK TEST, and VIBRATION PACK TEXT all just return to the debug menu.

To enable the System Test, Controller Pack Test, and Vibration Pack Tests in the debug menu, use this ASM hack:

Emulators may require you save and reload from a savestate before the change is effective; not all can run the system test. 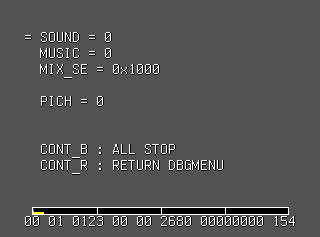 The SOUND TEST option opens a sound test, as you may have figured. The SOUND, MUSIC, and MIX_SE options allow you to test the sounds, music, and announcer voices in the game. The PICH option can be changed by pressing C-Up or C-Down while having SOUND selected. It changes the sound's pitch, but is somewhat glitchy. As well, the function of the various bars and numbers at the bottom is unknown. Press B to stop all sound output, and R to return to the debug menu. 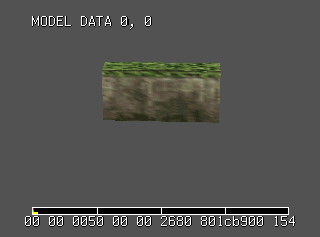 The DATA VIEW option opens a model viewer. Use the analog stick to rotate the model, L and R to zoom in and out, and A and B to cycle through the game's models. 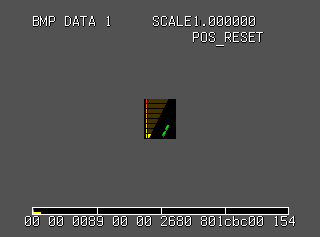 Pressing Start switches to a texture viewer. Again, use L and R to zoom in and out, and A and B to cycle through the game's textures. The Z button specifies whether the zoom level is reset when cycling through the textures.

There doesn't seem to be a way to return to the debug menu from here. 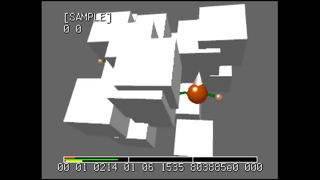 System Test displays a sprite character surrounded by many untextured boxes and current memory usage. You can use the D-Pad and C buttons to move around the scene. Pressing R toggles antialiasing. The A button exits this menu. Interestingly, the character used is an enemy from Bomberman Hero, another game developed by A.I. 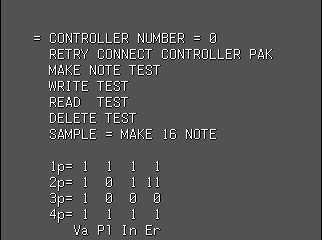 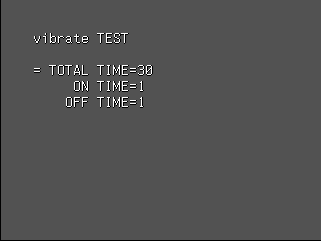 The Vibration Pack Test lets you test a Rumble Pak plugged into Controller 1. Use the options to set the duration and pulse cycle. Press Start to exit this menu. 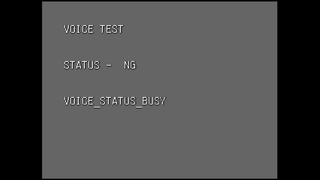 There is an unlisted voice recognition test menu option.

The VRS is loaded with these eight words, all related to weather:

A string mask is then sent to occlude "kiri", "hyou", "yuki", and "hare" from the results list.

The displayed results do not directly correspond to the actual words spoken. The messages are based on the index in the list of the first detected word returned. Due to the occlusion list, several of these messages will not be displayed.

The "best hit" string is then "printed" to a removed debug text function at 80027B60 which would interact with a Partner64.

There are some unused tracks and sounds present in the game. They all can be accessed through the debug sound test.

Strangely enough, a version of the original Densha de Go! intro music is present in the game, obviously unused. It is somewhat different from the original's intro music.

Unused beep sounds. They don't match any other sounds.

These announcements are from the starting stations of some of the stages. The announcer only says the station's name before the train arrives, so they went unused.

These announcements are from stations that aren't even present in the game! These stations are past Muikamachi in the actual HokuHoku Line. However, they are only present in a remake of this game for PlayStation titled Densha de GO! Professional. This suggests that, at one point in development, these stages were supposed to be part of the game.

Four stations were planned beyond Muikamachi on the Hokuhoku line. The stations were not completed before release; the line's 3D model stops just after Muikamachi and no route data exists for them. However, there are other resources that mention these stations.

There is a route card listing all four: departing from Muikamachi; passing Shiozawa, Osawa, and Ishiuchi; and arriving in Echigo-Yuzawa. The connecting line on the left implies it would only exist as a leg, with a stop and restart at Muikamachi, and that Muikamachi would not be its own starting point.

Normally, there's alternate route tabs with connecting lines when a line continues on, but all listing Muikamachi have segment endpoints. There also isn't a route file, but that's not surprising considering the map ends before then.

There are images for displaying Shiozawa, Osawa, Ishiuchi, and Echigo-Yuzawa place name messages as you near each station during gameplay. They appear in messages both centered and in the upper-left corner when the recorded voice announces each station.

Echigo-Yuzawa has its own route summary card.

Summary cards for the Shibuya and Osaki station in the Yamanote Line exist in the game as well. It's uncertain whether or not these were intended to be the starting and/or finishing stations of this line. All these cards, including the Special Rapid one below and the Echigo-Yuzawa one, appear very briefly when you select a stage and the route information rotates on-screen.

The JR Kobe Line/Tokaido Main Line is one of the few lines in Japan that have a "Special Rapid" service that skips more stations than the normal rapid services. In the game, two of the stages use local trains and the other two use normal rapid trains; there's no route for a Special Rapid version of this line. 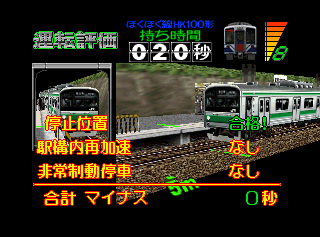 The game's tutorial stage doesn't actually use the same route ID (0x13) as Hokuhoku Line's first stage (0x00). As such, when accessed as a normal stage (see the Notes page), there's a few differences between both: