As if the PlayStation version wasn't enough, on December 19th, 2019, a backup disc containing early source code, builds and assets from the Game Boy Advance version of SpongeBob SquarePants: SuperSponge was found on eBay and can be downloaded here.

Most of the discs' contents are from April 2001 at most, predating the final release by several months.

On the disc in the Mockup's folder are some early graphic tests.

A parallax animation test on a Game Boy Advance screen. 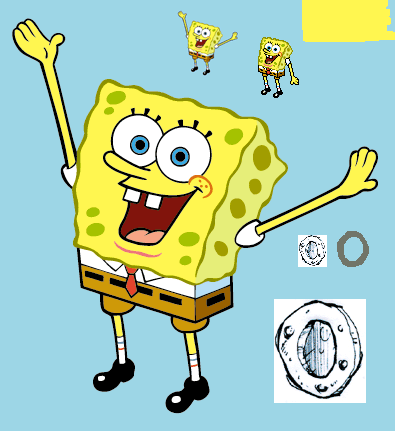 What appears to be Chris trying to figure out how to make sprites. 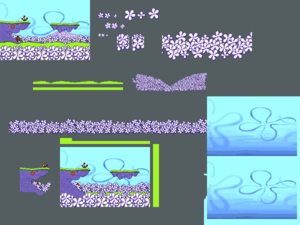 A sprite sheet containing pieces of Jellyfish Fields, likely as a style test. 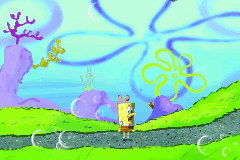 A mockup image of SpongeBob standing in Jellyfish Fields.

A background from the Yoshi Sample with Jellyfish Fields spliced in.

A repeatable background with buildings. 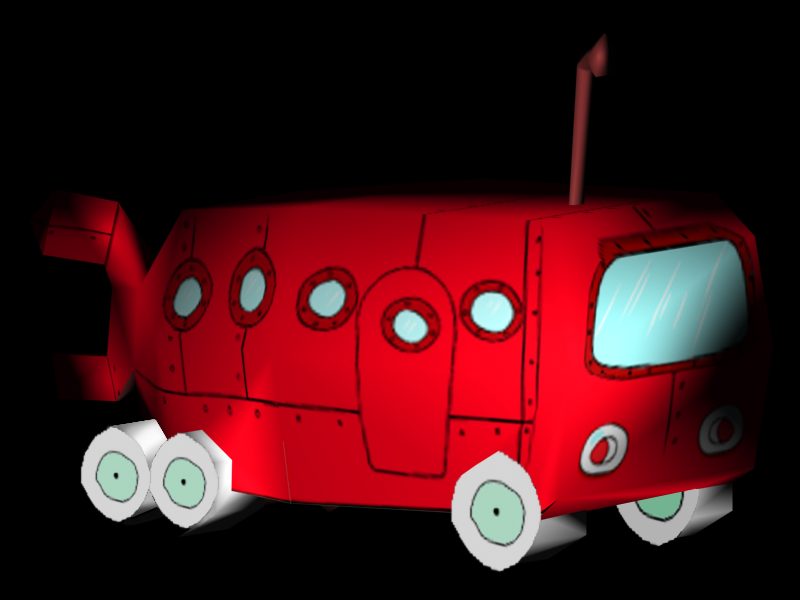 A render of the bus.

This refers to artist Shaun Pearson.

A model of a cowfish. A render of it found in the PlayStation version's source code but not the original 3D Studio Max file.

This refers to artist Wai-Hung Wan.

A song titled "PSXTEST" can be found in /SBSPants/Sound/. It is dated 12/12/2000 and was most likely used for testing sound on earlier builds of the PlayStation version. This song is a XM remix of the original SpongeBob track "War Blowers" by the Blue Hawaiians.

01 - TITLE
In the same folder, there's an audio file titled "01- TITLE_XM". The file dates to the same time as PSXTEST, and unfortunately contains no data.