When Climax Group was shut down, all of their assets were sold off on eBay, including SuperSponge. Upon examining the archive, oodles of cut content can be found on the development discs that aren't in the final game, nor its prototypes, along with other weird stuff. These discs can be found here.

Development started sometime in August 2000, and was completed in August 2001, meaning the game took a year to complete.

The game's pre-rendered sprites and levels were made in Discreet 3D Studio Max, and can easily be opened in any version. At one point, all of the characters were meant to be pre-rendered 3D, but were changed to 2D sprites in the final game, which would explain the visual inconsistencies.

Found in Sponge Bob Disk 1\Backup\nigel.rar are character models from February 22nd, 2001. Of note are models of King Neptune and a prehistoric worm from the episode SB-129, neither of which appear in the final game at all. Nigel refers to Nigel Apperly, one of the games' animators.

Interestingly, this folder also contains the GIN model files (the model format used at Climax for level tiles and 3D actors) for SpongeBob, which were destroyed in the Visual SourceSafe, meaning one could attempt to put the 3D SpongeBob back in the game.

Found in Sponge Bob Disk 1\Backup\Chris Ruds.rar are some models by artist Chris Rundell. The Bus folder contains numerous revisions of the bus.

Several unused faces meant for SpongeBob's render model are present. Some faces are missing, or are different, suggesting that the sprites were first rendered then drawn over to fit the 16-color sprites.

These can be found in the on the SmithWillaims disc in Anim.rar/Anim.

There are several unused early animations of SpongeBob, using a different model from the later PS1 prototypes. A few of these would be used in most of the early GBA prototypes, albeit in a scaled down form in the February 5th - March 12th builds (later pre-E3 prototypes feature a different temp set of sprites).

Seven animations of a 3D eel boss can be found in FromSteve/SnakeAnims. The final game's eel boss uses 2D sprites instead.

Several enemies that weren't used in the final game nor any prototypes exist within the design documents.

An enemy named Booger Monster. It has a model, attack animation, a sound effect for its movement, and a sketch. Judging by the size of it in the sketch, it was probably planned to be a boss, though he looks rather out of place.

A small blue blob with a bite, a bounce and a wobble animation. It also has two sound effects; an attack and a movement sound effect. Shares some interesting resemblance with Dirty Bubble, one of the show's antagonists.

According to several design documents found on the disc, there were supposed to be generic fish and animal characters in the game. Sprites of these characters can be found in GIF and PSD format, as well as sketches in BMP format, in MaxArt\richie. Some were given obscene filenames. Bird.gif and Fish.gif are used in the game's intro animation.

Some renders of SpongeBob's neighborhood and Jellyfish Fields.

Throughout Disc 1 are screenshots of the level editor. Note that one of the screenshots show a "Fore" layer on the left, which isn't used by any level in the final game.

This folder contains FMVs, some of which aren't in the final game.

Two videos of the Rugrats In Paris trailer can be found in .AVI and .MPEG formats. This suggests that a promotion was planned to appear in the game at some point.

An alternate FMV of the game's intro exists in intro.rar. The only difference is that there is a fart sound effect near the end of the video.

This folder contains various music tracks from the SpongeBob SquarePants TV series (some made specifically for the show, some stock tracks from the Associated Production Music library), listed by order.

Interestingly, in track 22 at around 6 or 7 seconds, Sage Guyton's (one of the series' composers) voice can be heard.

According to a Media Design Document, SpongeBob was originally going to be completely 3D, rather than pre-rendered, unlike his friends. This can be seen in an early screenshot (or mockup) from SmithWilliaims, dated February 16, 2001. 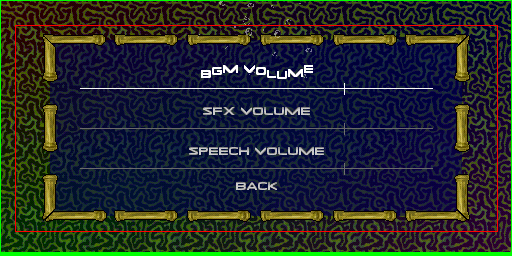 The game was also planned to support vertex color shading.

In the Nickelodeon folder, there's a folder amusingly named New Sbsp like we care.

In the folder Resources, there are video documentaries about various sea animals. 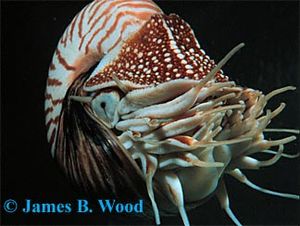 Such as this fella

An image of a Superman cosplayer's face, that is also present in the final game, except the eyes and mouth aren't cut out in this version.

A document oddly named SpongeBob Shit List.doc, seemingly from a disappointed developer suggesting things to be added, changed or removed. It was made on April 20, 2001, long before prototype SBSP 020501 (May 2, 2001).