The sequel to Milon's Secret Castle, but superior in every way to that game. This gorgeous Japan-only late Super Famicom release was eventually released on the Virtual Console worldwide, albeit untranslated.

Unfortunately, a handful of extra levels using the same engine were released for the Satellaview and weren't as lucky, with even the ROM images potentially lost forever... 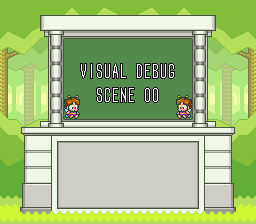 Use Pro Action Replay (PAR) code 7E1F5F04 and choose any option on the title screen for this menu, which tests the little story cutscenes for each world. You can only select the first 42 scenes, though, and the remaining entries don't do anything. Press B to return to the title menu.

The background of the visual debug screen is an early version of the background used for the main dialogue screens. 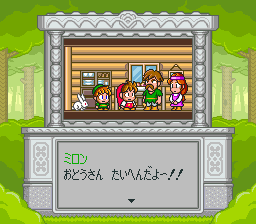 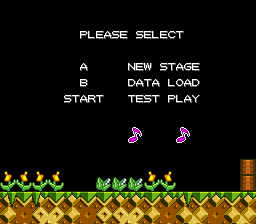 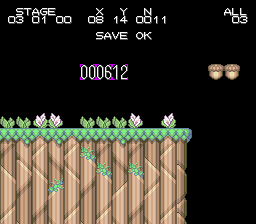 Pro Action Replay (PAR) code 7E1F5F03 will access the object editor after choosing any option on the title screen.

SRAM needs to be enabled to use this editor, so the Pro Action Replay (PAR) code C0FFD804 is also required.

This allows setting all the objects in a level, such as enemies and items. The objects are identified by number (N), so you will need to experiment to find out what number represents each object.

You can change three variables to access any of the available stages in the game. Press Start to save your changes for the level to SRAM, and then hold Start & Select to play the level with your changes made. 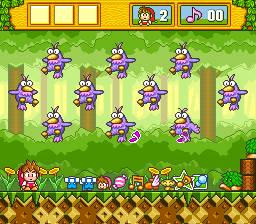 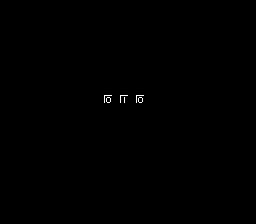 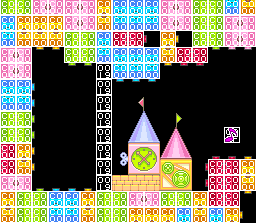 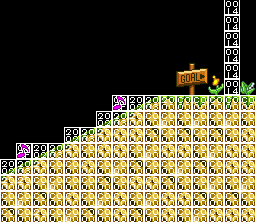 Pro Action Replay (PAR) code 7E003010 will access the map layout viewer after choosing any option on the title screen.

This initially displays a level select screen with 3 numbers on it. After selecting a level, the viewer shows the collision detection hex code for each layout tile in the level. There are no objects (enemies or items) visible in the viewer.

You can press X to toggle the hex codes, press Y to toggle the level tiles, or press A & Select to return to the initial level select screen. 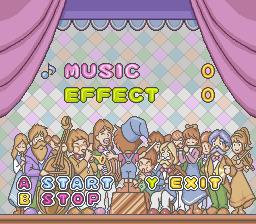 Enter the password 7777 to activate this cute little sound test.

Stored among the game's passwords at xA510 is the string DUMY. Enable Game Genie codes