Egypt is a game where Indiana Jones fuses with a large crystal ball to complete puzzles in some sort of pyramid. 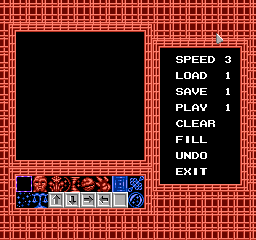 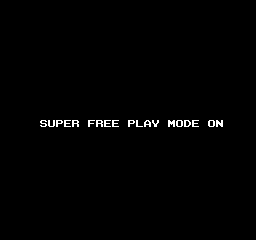 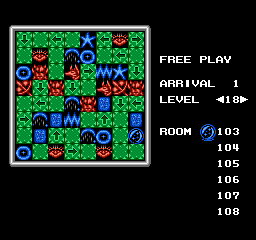 Enter "EDIT" mode from the main menu. Move the cursor up (do not move it left or right!) and point it to the area right above the edit menu's frame window, between two horizontal background lines as shown on the first screenshot, then press A. A message saying "SUPER FREE PLAY MODE ON" will appear. Now return to the main menu, enter "NEW GAME", then "FREE PLAY", and you'll be able to select any level. 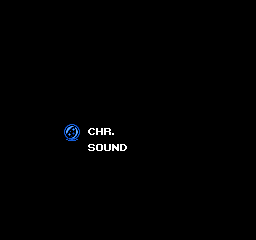 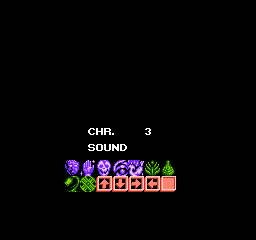 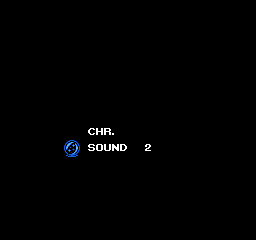 Press and hold Right + B on the first controller, then press Reset. Press Up or Down to select between "CHR" or "SOUND" test; press A to start the test, and press B to exit back to the test menu or to exit to the title screen. Press Left or Right while in either of the tests to change the current number of the test item, and press A while in "SOUND" test mode to play the selected sound.

The names of the game's developers show in English text in the game's ending. However, there is a cheat to show the kanji instead. Right before the credits start, hold Up + B + A. The staff roll music will now be different to confirm you entered the code correctly.

The Japanese staff roll reveals Hiro Sekiguchi's full given name to be Hiroyuki. It appears to be his only game credit. The rest of the developers' names are about on par with the English translation.