Enthusia Professional Racing was Konami's first attempt at a simulation racing game, with a diverse car selection, good driving physics, rather frustrating difficulty and car sounds that would make Gran Turismo 4 blush. Unfortunately, its lack of promotion, its release period and poor sales meant that this game would be Konami's last attempt at a simulation racing game.

Two relatively random screenshots lie around in the files, both of which seem to be a relatively old build of the game. Bizarrely enough, both have completely different fonts for the timer text and the current lap timer differs by one one-thousandth of a second, but are completely identical otherwise. 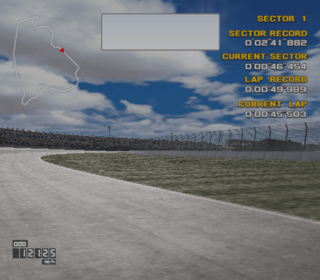 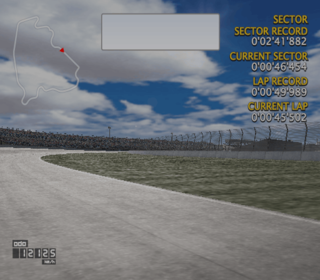 The copyright text on the start menu has extra text not used. The "& Konami Computer Entertainment Studios" portion of the texture goes unused, and more interestingly, there's a version left over with a copyright date of 2004!

As with the series it attempted to compete, in the US version of the game, the Esso decals in the Toyota GT-One and Esso Ultraflo Supra were replaced with Exxon ones; as such, the Supra was also renamed to Exxon Superflo Supra to reflect the modified branding.