Grandia is a role-playing game originally released for the Sega Saturn in 1997 and ported to the PlayStation in 1999. It follows a group of young adventurers on their quest to unravel the secrets of an ancient civilization known as the Angelou.

On startup, the game looks for a file named DEBUG.BIN in the BIN directory of the CD. The file should be 6 bytes long and contain a two-byte hexadecimal number in C-syntax (with "0x" prefix). The game is put in debug mode if that number has bit 14 set, like this:

Once in debug mode, several new functions become available, some of them requiring a controller plugged into port 2.

Press L2 on the second controller to pause the game, freezing all animations. While paused, pressing R2 will advance the game by one frame, and pressing L2 again will resume normal play. 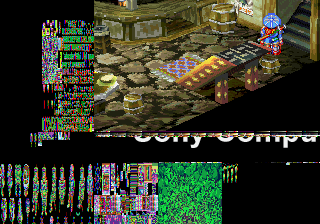 Holding the circle button (X button in battle mode) on the second controller while the game is paused lets you scroll around the PlayStation framebuffer memory with the directional pad. 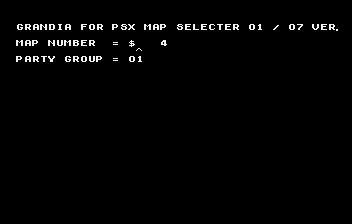 On the title screen, press the square button to activate a map/party selection screen which lets you start the game on any level. The D-Pad is used to change the map number, while the circle and triangle buttons modify the party group. Pressing the X button starts the game. 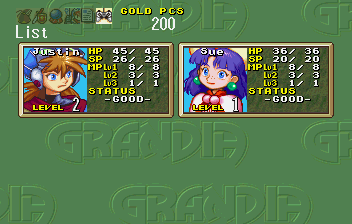 In debug mode, the menu of the game has one additional option named List. 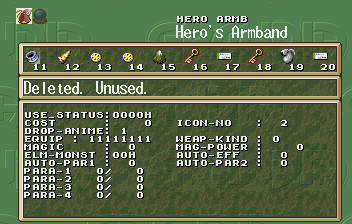 Selecting this option brings up a viewer which lets you examine the attributes of all items in the game (including weapons, armor, etc.), even dummied out and unused ones. With the X button, you can give items to party members. 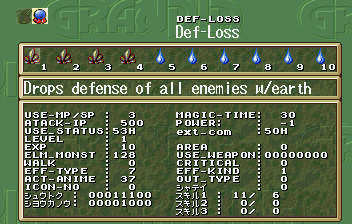 By pressing down on the D-Pad, you can switch to a spell viewer. 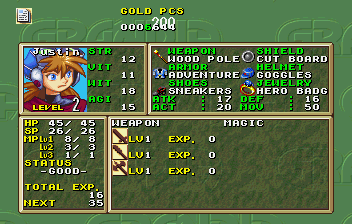 In debug mode, pressing the square button in the status menu lets you edit the displayed stats one after another, including the amount of gold pieces carried by the party.

During battles, the square and triangle buttons on the second controller rearrange the icons on the IP bar in a seemingly random fashion. The square button makes the party characters act before the enemies while the triangle button puts it the other way around. The Select button puts the current character in free-range mode where it can be freely moved around the battle area with the D-Pad. 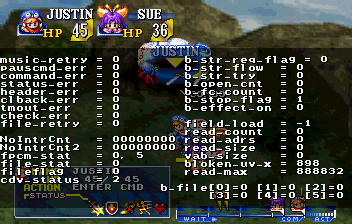 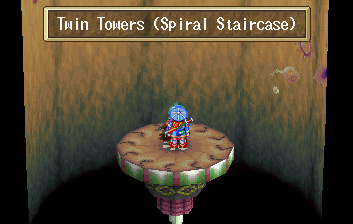 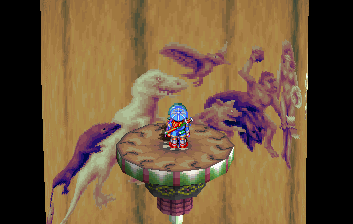 Map 7C30, identified internally as "Twin Towers (Spiral Staircase)", goes unused in the game. It contains nothing but a moving elevator platform and some murals depicting the evolution of life, along with a warp to the next room at the top.