Hylics is a rather unusual RPG made in RPGMaker VX Ace. The game was described by the creator as "a recreational program with light JRPG elements".

Quite a few areas went unused in the game. 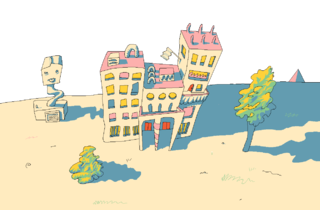 Labeled as Apartment in the files. Seems to be an earlier version of Somsnosa's house.

An early version of the Castle Interior can be found, though all that is changed is the color being grey instead of orange.

The Graveyard area went through a few revisions.

The first one didn't use the maze structure of the other ones.

The second version is closer to the final, though it didn't use the blue paths that run over the top of the door. 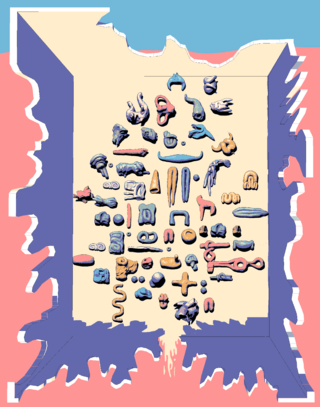 An unused area that looks similar to the mountain area where Dedusmuln is found. 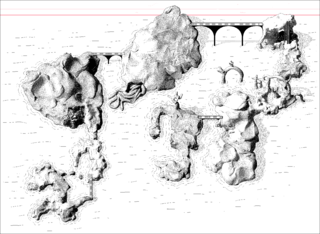 A monochrome version of the blue world's map, unknown use.

An unused version of the computer room. Some noticeable differences are that The Sage of Computers door is completely omitted, the map appears to be mirrored, and the Necro Skull maze is missing. 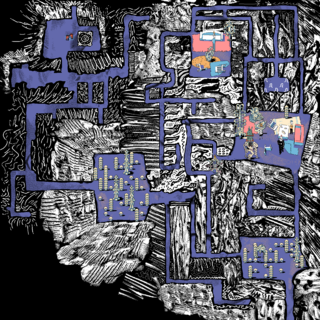 Unused Cave area, has enemy sprites in the files as well. 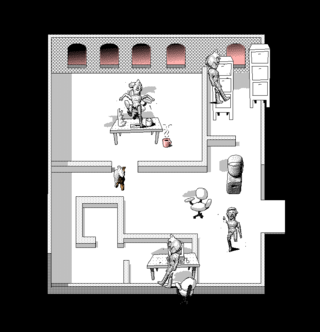 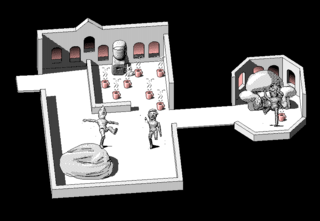 Two unused Offices in the game's files, interestingly enough, one of the NPCs that was to be used here is used in the first Tomb area. 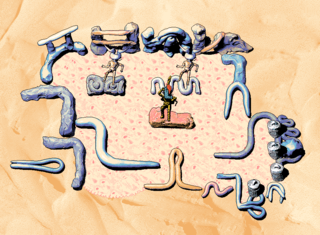 An unused shop that contains no map data in game, so it's unknown if it's an earlier version of one of the shops that is still in the game. 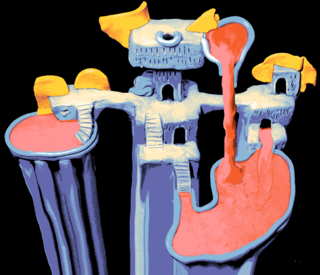 Labeled as Waterfall City in the game's files, with no theorized use. 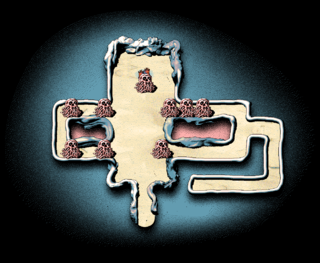 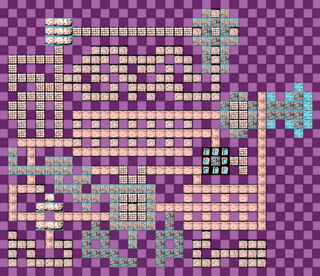 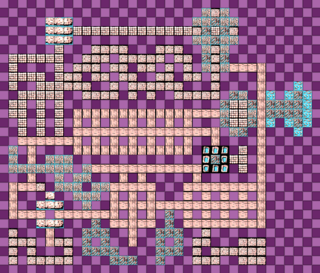 Footage of the first maze map.

Several sprites remain in the game, though they aren't used for various reasons. 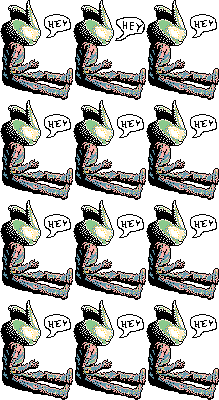 Dedusmuln has a sheet comprised solely of them saying hey. There's no clear clue as to where this could be used. 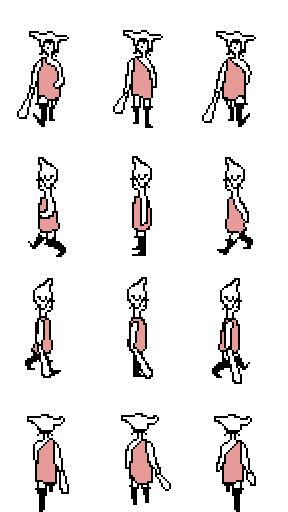 Several sprite sheets of animated words can be found, though they are never used.

These were most likely to be used during the Dracula interludes, though it is not featured in the final game.

The Musical Break here corresponds to the name of the concert area, which is named MusicalBreakRoom(Ground 1).

Leftovers from Mason Lindroth's first RPG, Somsnosa, can still be found in the files. 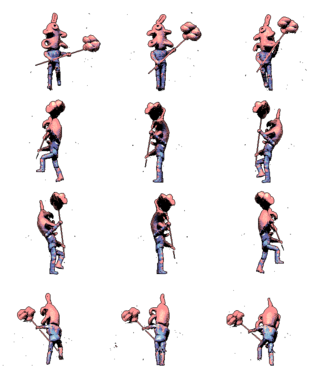 An overworld sprite for an unused enemy named StaffMan in the files.

Sprites that don't fall into a particular category. 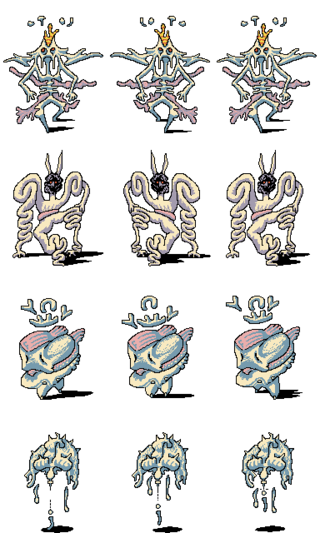 Monsters for the unused cave area.

A sheet full of coffins, possibly used in an earlier version of the Graveyard. 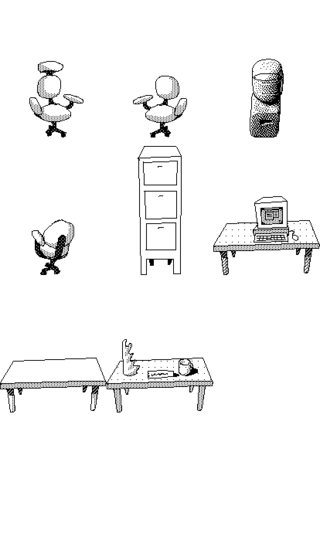 Office furniture, most likely used in the unused office areas.

This couch isn't seen anywhere in the game. 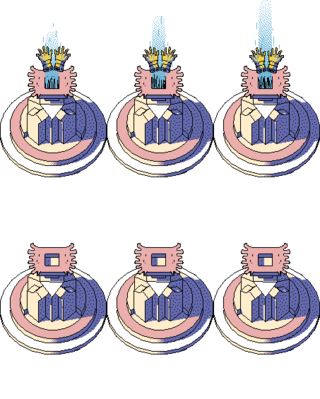 A version of Somsnosa's Gauntlets on a pedestal. In the final game, there is no pedestal used. 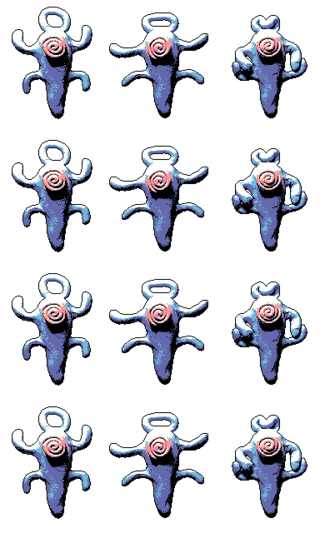 A totem found in the files next to the totem chasers.

Unused magic animation sprites, unclear what they would've been used for.

There is one unused character in the RPGMaker files under the name Debug. Due to his name, it's safe to assume that he was only used to test the battle system. 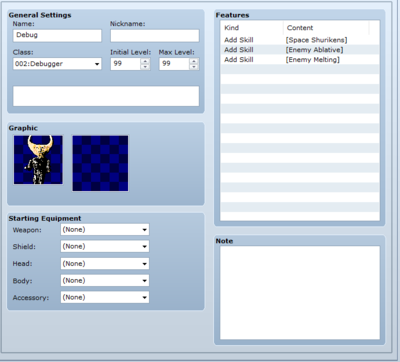 Debug uses Wayne's sprites if hacked onto the overworld, and has no face sprite in battles.

He has every skill, and is set at level 99 automatically. Note that characters in Hylics can only gain experience by killing the final boss, and as such only ever level up after one fight. 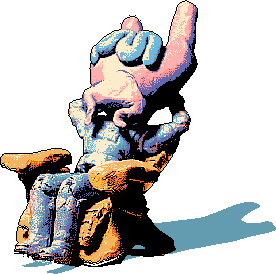 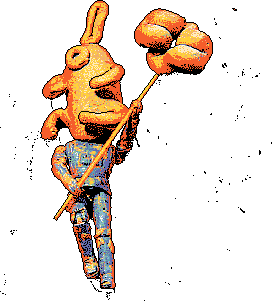 Referred to as Gremlin Master, can only attack for 10 damage. Has 400 health.

Referred to as Gremlin, can only attack for 10 damage. Has 100 health.

Shop guy has no sprite, nor attacks. He seems to have been scrapped very early on.

Found in the troops section in RPGMaker. Consists of a Ghost, Vital Statue, Gremlin, Gremlin Master, Clawman, and Dude.

As the environments were later changed to be made entirely out of clay, these are still left within the files. 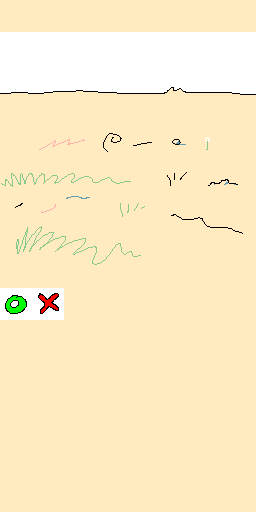 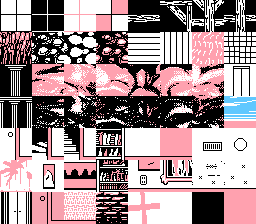 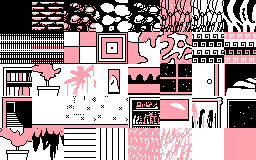 Debug skill, if used it attacks all enemies and displays the message "(User) DEBUG MESSAGE should not be in final game."

A kick, if used it hits one enemy and displays the message. "(User) kicks."

A counter, if used it applies the counter effect to whoever used it and displays the message "(User) looks pointy!"

Buffing magic, if used it adds an unspecified buff and displays the message "(User) expressed gratitude! 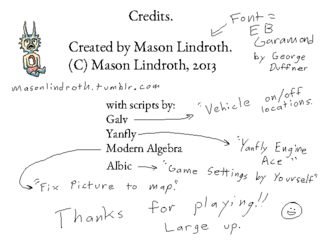 These credits from Somsnosa are still left in the game.

A few unused backgrounds can still be found in the game's files. 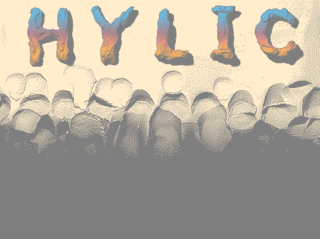 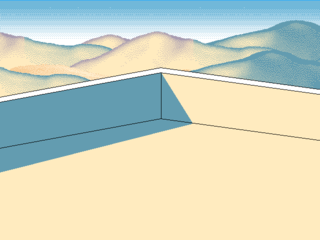 An unused battle background for the computer area.

This unused background has two variations; one is red while the other is pink, but neither is used in-game.

Used as head armor, only usable through cheating.

Used as a projectile, one time use poison.

Opening the game in RPGMaker shows that a few things are changed.

Found in the files for the Dread meat enemy, but it's unknown what it means.

Found in the files for the Monoops enemy, indicates that there was going to be more than one stare magic.

Found in the files for the Pongorma fight, indicates that he was going to use different magic. Also contains concepts for using two arms to fight, and having a second undead form.