A super-ultra-hyper-extended port of the arcade game. Hope you've got two hours to blow. 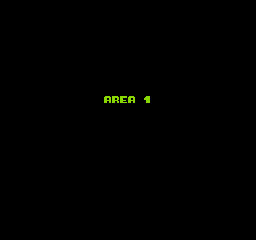 When the players prompt appears on the title screen, press Up, Down, A, A, B, Left, Right, A, B, Up, A, Down, Right, Right, Left, B, Up, Left, A, Right, B, Left, Right, A, Left, Up, A, Down, A, Right, Left, B before the demo starts, or use the Game Genie codes XTEIZEOK+XTEILAAX (Japanese & US versions) or XTXIZEOK+XTXILAAX (European version). Start the game, and the menu will appear after the plane crash scene.

Aside from the same changes made to the title of the arcade version, the US release removes the bullet, moves the score information down by 8 pixels and it oddly uses a pink and lilac color scheme for the logo. The copyright text was also changed from blue to orange.

The European version changes the logo's color scheme to blue and red and moves the "Warriors" text down by 8 pixels. It also reverts the copyright text back to blue, and has a small SNK logo in place of the ASCII text from the other versions. (These graphics also exist in the Japanese version, but are never actually used) The S in "Warriors" appears to use an incorrect tile on the top left corner and the top left corner of the W was redrawn.