In the cyberpunk future of 2021, data courier Johnny Mnemonic can carry digital payloads in his head by encoding them as memorable sentences.

In the unlikely case of this FMV game's icon being viewed on a 1-bit monochrome screen, it will depict a different image: 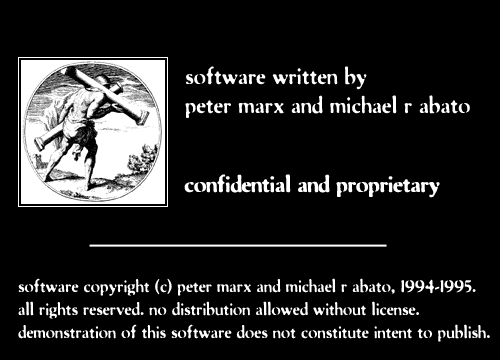 PICT resource 2000 is an inaccessible credit screen for the CineACTIVE technology. 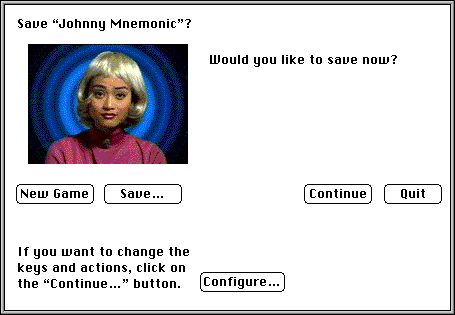 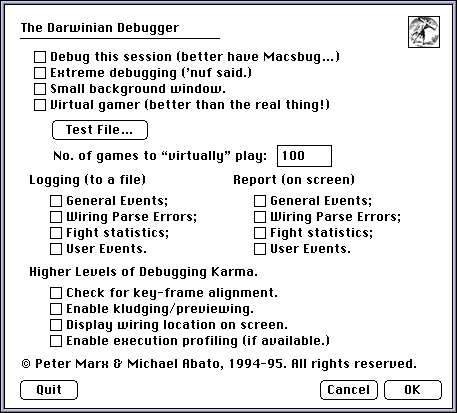 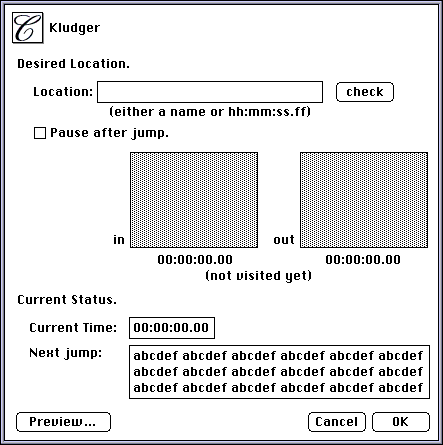 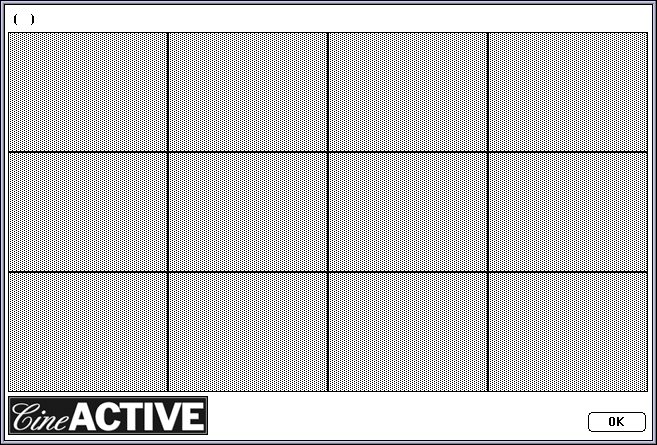 This last dialog must have let the tester and/or virtual gamer skip the puzzle of assembling a working data rig.