The Beach is the first level of the game, and is mostly a big tutorial that introduces the player to the joys of physics, guns, and dinosaurs. Originally it was going to be very short, but late revisions merged it with parts of Jungle Road. 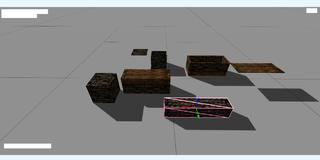 For some strange reason, burned versions of every crate in the game plus ones with removable tops can be found in the Beach's Basement at coordinates -123.299, -760.677, 4.1675. Unlike most objects, the burnt crates don't seem to be mentioned in the Beach or Jungle Road developer walkthrough from 1997. However, the burnt crates seem to come from Plantation House's hunters' camp as burnt crates can be found near there in the PCgamer prototype. It's possible that Plantation House was merged with Jungle Road before half of Jungle Road was merged with the Beach. Then when the portion of Jungle Road was added to the Beach level, the crates ended up in the Beach's assets as well and the developers just forgot to remove them. It would seem they remembered to remove them in Jungle Road however as they don't seem to exist there.

For those who don't know what the term "basement" means here, it's basically a location out of bounds in a Trespasser level where the developers stored different models and assets used in the level or planned to be used. This allowed the developers to use a single master object for duplication purposes instead of searching all over the map for the object they needed. 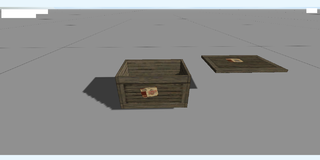 This crate was actually used in one part of Prototype Build 96, with a hunting rifle inside of it. In the final, the box was deleted from the level, but is still present in the basement at coordinates -116.815,-710.306,1.9807. The hunting rifle was placed elsewhere. Presumably, the box was removed because Trespasser's highly sensitive physics made it too difficult to pull the gun out. 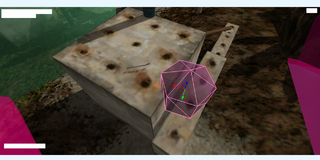 While it is unknown if the developers did this on purpose, there are a couple of voiceovers in strange places. Places that they shouldn't be, since Anne doesn't know she's on Site B yet.

This one can be found at -1934.691, -923.509, 35.949, but it cannot be triggered in the final. However, in Prototype Build 96, it can be triggered by picking up the Axe Handle. This same voice node can be found in the Town level, which is where it was clearly intended to be, throwing into question just what it's doing here.

Another Hammond voice node that is still active in the final can be found at -1936,-850,40 (on top of the jungle gym). Interestingly, it's the same one that was placed out of bounds in Jungle Road.

Hidden in the level are some triggers to display a thank you from Brady Bell, the Trespasser Team's associate producer and audio lead. To activate them, you must carry a specific rock (located near the crate puzzle at -1622,-630,48) back to the beginning of the stage, and then throw the rock at each of the three triggers (located at -1785,-970,21).

These messages will show up on screen as subtitles:

Each one of these is activated by a separate trigger and will continue to display onscreen until the level ends or a save is loaded. 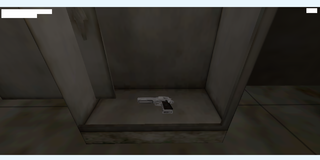 There is a Desert Eagle located in the weapons cabinet just on the other side of the Monorail station wall that cannot be used, as it was placed inside of the end level trigger. The coordinates are -1898,-838,29. However, upon teleporting there, the level will end. The only way to see this Desert Eagle is to open the level in TresEd, which allows you to ignore the end-level trigger or move it aside. Another important note is that the supply locker is placed on the left side of the station gate doors in the Beach level, but when Jungle Road starts, this same locker can be seen on the right of them indicating that an earlier version of JR that that section of the Beach level was ported from had it on the left originally.

Originally, the gates at the end of the level could be opened. However, sometime between Prototype Build 96 and the final, the gates were made immobile, possibly because of the physics engine freakout that happens when the bar is pulled out the wrong way. However, the magnets that control the door mechanism are still present.