Macbat 64 chronicles the journey of a nice chap through a retro adventure. The previous 63 games have yet to see a release.

Frames for a text animation that says "The Alpha Demo", meant to be displayed after a "Thank You For Playing" message. This can be seen in this alpha playthrough.

An overlay tag for the top right corner of the screen indicating an alpha build.

An overlay tag for the bottom right of the screen, warning that the music in a given level is not final. 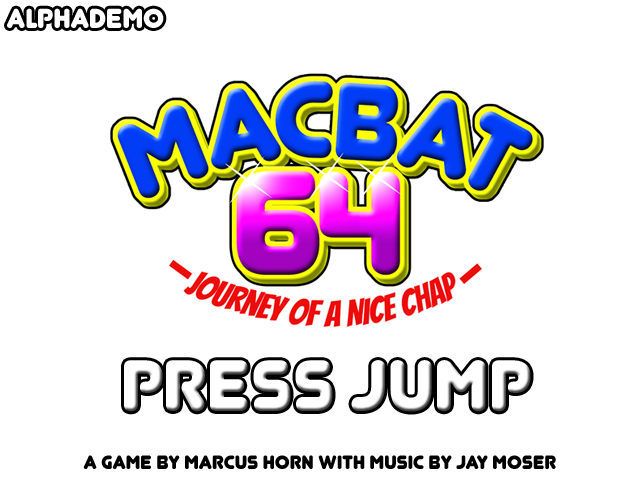 Title screen elements from the alpha build of the game. 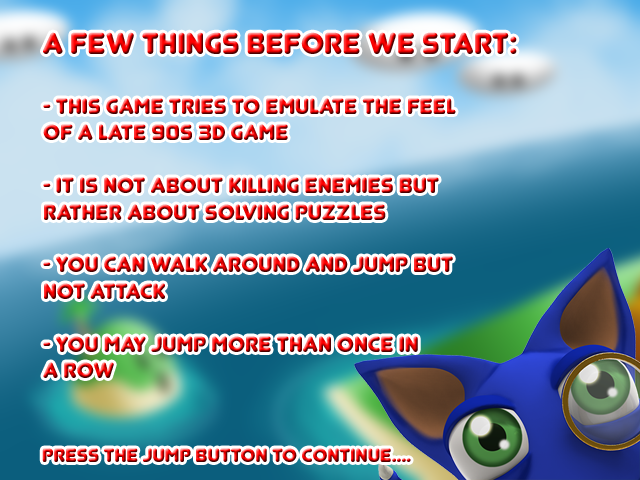 An info screen from the alpha build that goes through features and presents a bit of info before playing. 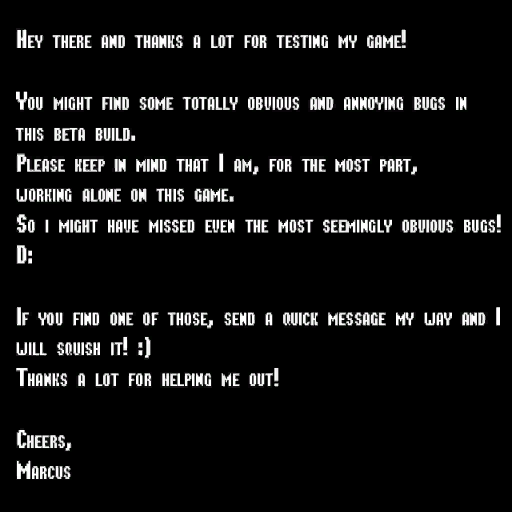 A full screen message from the developer intended for a beta build of the game. 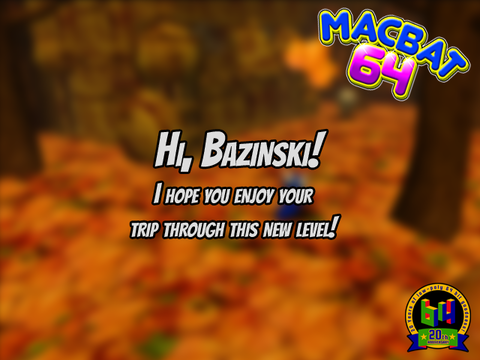 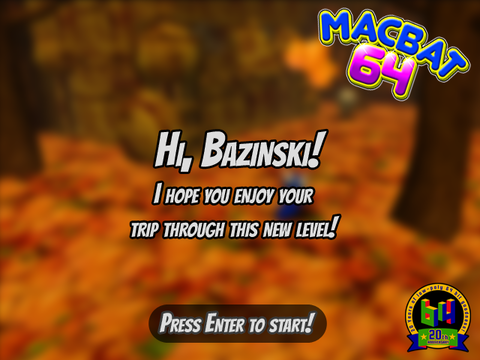 Two full screen images intended for a pre-final build of the game that address a Let's Player named Bazinski. Bazinski had previously done a video on the alpha build of Macbat 64, but did not follow up with the pre-final build these images are intended for. The emblem on the bottom right reads "20 years of low-poly 64 bit goodness!"