maimai is the first of Sega's series of washing machine-shaped rhythm games. Unlike most of Sega's previous affairs in the genre, it was a huge success, with new releases and updates still coming to this day.

These parameters apply for the 1.00, 1.01, and Chinese versions(based on 1.01) of the game. To use them, add the parameters to "TemporaryConfigGame.txt". 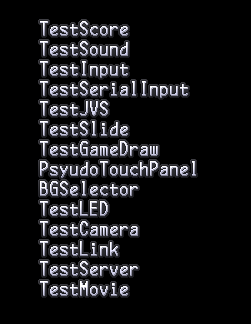 When DEBUG_MODE is set to 1, you can access an in-game debug menu.

A tentative version of the logo, ultimately never used in any region. 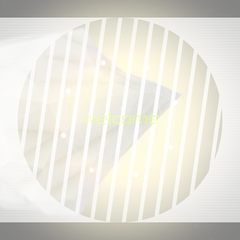 The song amanojaku(天ノ弱) has music and chart file in Ver1.20, but the sprite and BGA are dummy version.

The song amanojaku released in Ver1.21, which uses normal coverart and MV.

Within the game's data are files for several tracks that go completely unused; most of them were also never released. They all have music and chart data, and their IDs and associated songs are listed below:

However, the Ver1.01 both have audio data, chart data and text data.

Roughly two months after its original Japanese release, maimai was released in China, under the name of 舞萌 (Wǔ Méng).

While the Japanese and Export versions can update songs though ALL.net download and DVD for program update, the Chinese version only uses DVD to update songs.

Although the ALL.net download feature are exists in the Chinese version,it never used.

The Chinese version gets ver1.01 program since it released. However,it never gets program and UI update. In final update(Update 2 on May 2014),it still uses Ver.1.01 program,but Ver1.20 songs without Senbon Zakura.

While the Japanese and Export versions use AIME cards to save progress, the Chinese release uses "GamePass"; when you register, the game will give you a code, which is required to log in.

The Japanese and Export versions have the ability to upload a recorded video of your gameplay to Niconico. The Chinese version lacked this ability, instead having the ability to playback your gameplay locally, and the feature was never implemented before the Chinese servers were shut down on November 1st, 2014, following the closure of Sega Jinwin, the joint-venture that handled Sega's arcade operations in the region.

maimai.NET feature are also never implemented in China, which means that some functions like player name change, query game record, friends, video link(for movie upload) are all not available in Chinese version. But ranking is available,which looks completely different with maimai.NET.

The Chinese version has five exclusive songs, which are not available in any other versions of maimai.

However, Ver1.01 have sound file, text data and chart data of these songs, which deleted in Ver1.30.