Marvel Land is a platformer set in an amusement park. No, it's not the Avengers Campus. Geeze.

In the US set, all of these functions work by default. In the Japanese set, however, dip switches 2, 4, and 7 are usually ignored. Put the following code in MAME's marvlandj.xml to enable those switches: 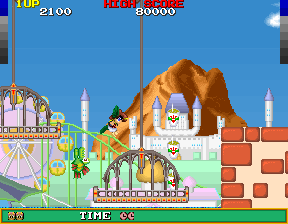 Setting this dip switch will enable CPU meters. The game will write colored bars on the upper-left and upper-right sides of the screen, then attempt to erase them before the frame updates. The bars will be visible if either CPU is taxed hard enough.

When set, the dip switch will mute the Namco C140 sound chip. The faulty audio CPU in the marvland set already mutes C140 output, so this only works in the Japanese set.

Setting this dip switch will make the player invincible to enemies and their projectiles. Falling into a pit, running into spikes, or running out of time will still kill the player.

In the US set, this dip switch will allow the player to start a 2 Player game on a single credit. 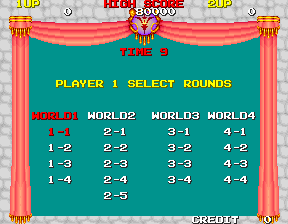 In the Japanese set, if the World Select game option is set, this dip switch allows the player to start on any stage, not just the first stage in each world.

When set, press and hold 1P Button 3 at any time to stop all game objects. This is not a true pause function - palettes will still cycle and the timer will still count down.

Put the following cheats in marvland and marvlandj to change the first two empty dust bins in World 1-1 with an unused object:

This popcorn cart is only in the US set; the JP set removes all of its code. 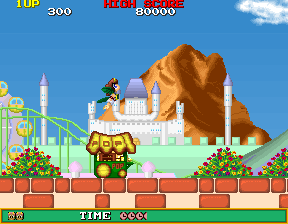 It moves back and forth in a very short path (16 pixels wide) and if the player bounces on the canopy, they'll be sprung into the sky.

This cut power-up is partially coded in the US set, but most of that code that handles it was deleted in the JP set. 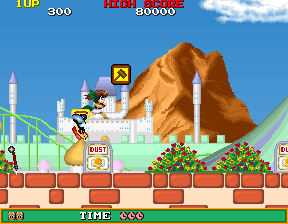 Collecting the hammer will produce a garbage sprite that follows Paco around. This is likely supposed to be the hammer, but the graphics (Slots 54 and 55 in the object graphics ROM) were replaced at some point by Paco's hovering sprite and Princess Luxie's idle sprite. This also changes Paco's jumping and falling sprites to use the graphics in slots 46 to 48, which are part of Paco's walking animation in the final game.

Note that there's no way to actually swing the hammer. It's likely that the item was removed to keep the game's controls limited to the joystick and a single action button. 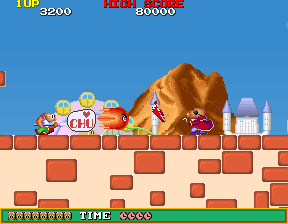 Collecting another hammer power-up will change Paco's walking animation to use frames 5A to 5D, which are comprised of an otherwise unused animation of Paco turning into a fireball. The hammer will use graphics in slot 5F, which are used by the "CHU" kissing sprite in the final game.

There are a few hammer graphics left in the ROM, including an animation of Paco swinging, unique jumping sprites, and various hammers (including silver and gold versions) that aren't refrenced in any of the game's code.

A football (The ovoid kind, not the spheroid kind) on a spring, much like the large iron balls and bullets on springs that appear in the final game. 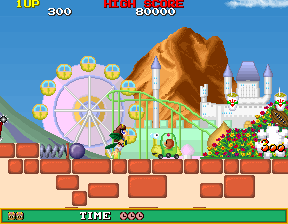 Pushing the ball and then letting go will send it bouncing to the left or right. It's not very useful; the arc of its bounce is so high that it will likely go over enemies it's supposed to be hitting.

There are two unused floats in the game. The first is from a currently unknown Namco game -- possibly Babel no Tou -- while the second isn't from a game, but from the Japanese adaption of the musical Starlight Express that Namco sponsored in the late 80s.

Place the following codes in marvland.xml / marvlandj.xml to replace the Grodba tank with one of the unused floats: 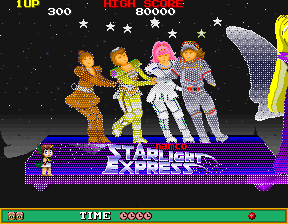 The floats are fully functional and have collision and everything, so it's not clear why they were cut.

An animation of Paco transforming into a fireball. This is Paco's walking animation once he gets two hammer power-ups, but it's questionable as to whether that was intended or if the fireball frames overwrote something else.

Paco collects three trident stars in the game: One red, one green, and one purple. There are HUD graphics for 7 stars, the unused ones being white, dark blue, yellow, and cyan.

Boring ol' gems. These might have been the original bonus items before they were replaced by theme park food.

Two power-up icons that have no associated code. The first is a football, and might be related to the unused football-on-a-spring detailed previously. The second is probably a bonus multiplier. 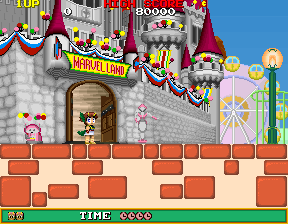 The castle that appears at the beginning of each world has a sign that reads "MARVEL LAND". This sign is actually a sprite that sits on top of the background graphic. But what's underneath it? 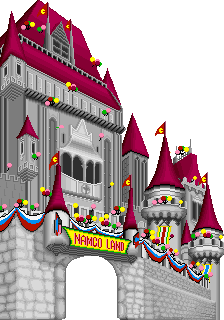 It's "NAMCO LAND"! This would explain the numerous Namco references that appear throughout the park, such as the receptionist robot from Namco's headquarters that greets the player at the start of each stage, as well as the Namco-themed electric light parade.

An unused blimp that would appear in the sky as a decorative object, with what looks like Kissy and/or Takky from Alien Sector on the side.

There are two unused designs for the dust bins found throughout Worlds 1 to 3. It seems that each world would have its own dust bin design; the blue and brown bins fit well with the more aquatic World 2 and the confection-themed World 3.

Nine enemies have unused "stomped" animations. The six seen here are designed to be used as rides or platforms, so the player can't defeat them by jumping on them...

...and these two, the green Pirawani and Medusa Head, can't be jumped on at all. These probably would have been used if the hammer was properly implemented.

This enemy, the Pyon Mogle, accidentally uses Yari Mogle's animation instead of its own.

Another enemy with no associated code is this Mogle trio...or is that a quartet?

There are unused, red-and-yellow bordered arrows in the object graphics ROM. These were replaced by the blue and yellow arrows, which blend in better with the background.

Assorted unused decorations for boss stages. The guy in the portrait is the titular king from King & Balloon (Balloon not pictured.)

A button that says "Hiku", which in the context of the game would mean "pull". This would appear in the tug-of-war boss battles -- similar buttons appear on the bottom of the screen in the game's rock-paper-scissors boss battles -- but the player and boss's power meters take up so much space that there's nowhere to put it.

The oni have walking animations, but in the final game they always appear in their storm clouds.

An unused worried animation for Princess Luxie. This could have been used when the castle starts to collapse in World 4-4, but both Paco and the Princess use their larger sprites during that scene.

Both the US set and JP sets have a substantial amount of differences, most of which are due to code differences in the main and sub CPUs. Some, however, are controlled by a region flag that's set at the start of the game. This flag is set to 00 in the JP set, 01 in the US set.

Put these cheats in marvland.xml and marvlandj.xml respectively to alter the game's region flag:

The region flag has the following effects: 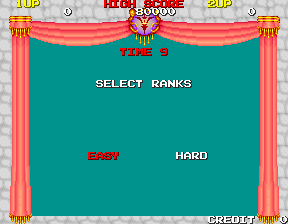 In the US set, setting the region to Japan instead enables the difficulty options, which pop up after the stage select instead of before. The "NORMAL" difficulty is instead called "HARD", and is only partially implemented - see the Version Differences section for more details.

As you've probably gathered by now, the US set, marvland, has some significant differences from the JP set, marvlandj. In fact, the US set seems to be from earlier in development, possibly a location test or other prototype, though the true nature of this set is still unclear at the time of writing.

In the US set, the "Easy" mode is the game's default difficulty setting and is a complete playthrough of the game. 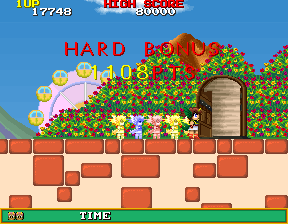 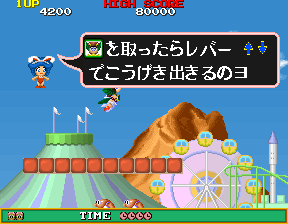 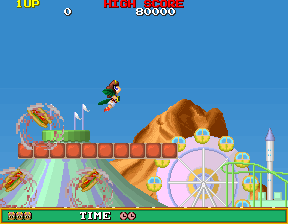 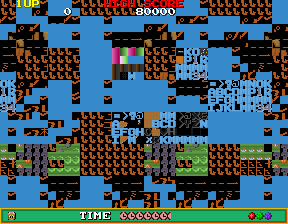 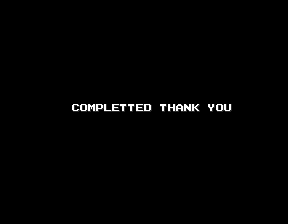