Mortal Kombat 3 is Hummer Team's take on porting the original game to the NES. This game is probably best known for having some strange music choices such as the theme from the first Superman movie and a track from James Cameron's Titanic film. 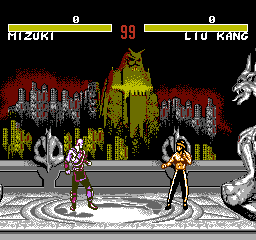 The game contains some leftovers from Shin Samurai Spirits 2: Haohmaru Jigokuhen. To access them, under address 00B6/00B7, change the value to 07 for Cham-Cham or 08 for Mizuki. Cham-Cham glitches the game out but her palette data and name still remain in the code. Mizuki is more functional but is just a clone of Kano that's using her name and palette. Several of his/her attacks can cause the game to act strange.

Values 09 to 0E still contain Mortal Kombat II Special data but the only thing that remains is the palette data:

Graphics for an exit option exist in the ROM. Only the 'E', 'X', and 'T' are unused; the 'I' is from the options graphic which can easily fit in with the unused tiles.

The Kart Fighter ending music can be found in the NSF and was not used anywhere in the game. It's likely this was just a leftover from Shin Samurai Spirits 2: Haohmaru Jigokuhen. 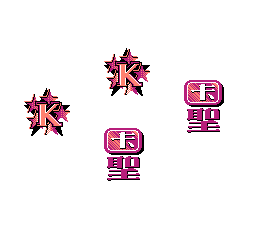 If you press Up, Up, Up, Down, Down, Down, Left, Right on the options screen, a screen with Taiwan Shin-Shin Electronics' and KaSheng's/NT's logos will appear. 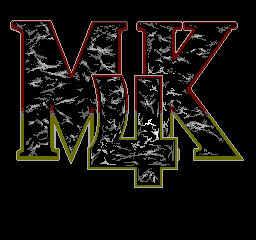 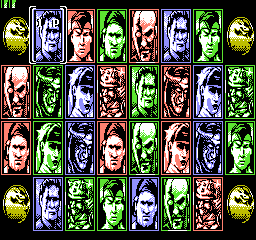 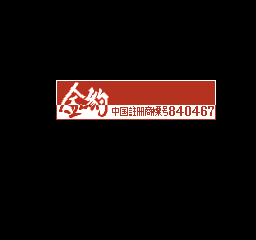 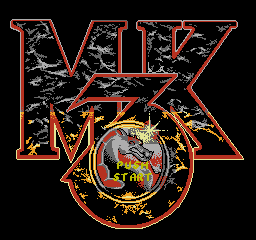 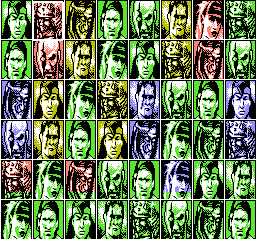 Title screen hack based on Ultimate Mortal Kombat 4 that adds even more clones. Pressing Start takes the player right away to the character select screen, leaving the menu and copyright logo completely unused (the coding for the options menu still exists in the ROM; changing the value to 0B while the title screen is up displays a cursor that goes through 5 options just like the original options screen). 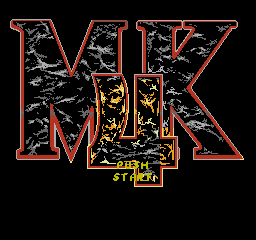 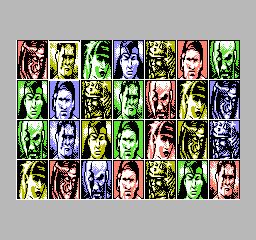 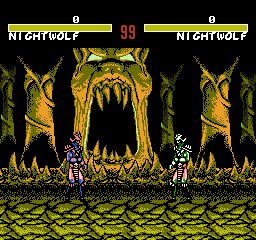 Interesting enough, starting at address B900 there's a list of names, some appear to be references to Hummer Team's Titenic: