Mortal Kombat 3 is a bootleg port of Mortal Kombat II with several of the characters swapped out for a bunch of stages from Mortal Kombat 3. At least this game has the sewer level, unlike Hummer Team's version. 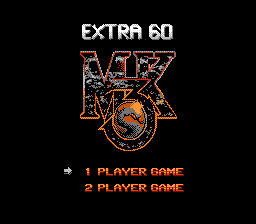 The title screen adds a subtitle but is otherwise unchanged.

The character select screen removes the background and now features much smaller portraits, with many being Mortal Kombat 3 characters that aren't actually playable. 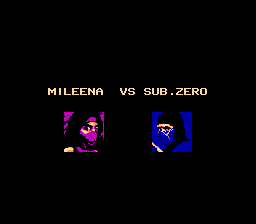 The original game featured a versus screen before each fight, which was removed in Extra 60.

The character names were deleted from the HUD, possibly in an attempt to mask the amount of repeated characters in the roster. As a result of this change, the game's ASCII font goes completely unused. The yellow color used in the HUD was changed to gray. Oddly, the entire background (including the HUD) was moved down by 4 pixels and the players start each round further to the right in the Extra 60 version.