Oceanhorn is Zelda for iOS, and it's pretty damn good. 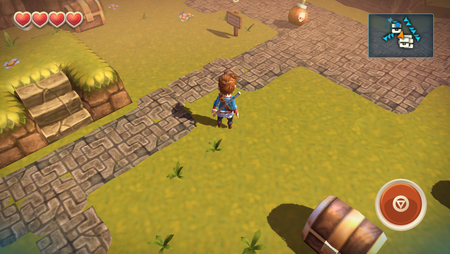 The file "nexus.dat" is a test level that contains some of the items used in the game, including weapons, Heart Pieces, spells, and entrances/exits that load certain areas of the game. Only a few areas can be accessed from here, including Sky Island locations, Graveyard Isle, Southwind Isle, and 3 lighting tests (see below). It can be accessed on a jailbroken device by swapping it with any used location's file.

3 of the exits lead to a lighting test. They load an identical, blank field, with the name "World Map Environment" and "Default", "Twilight", or "Night", depending on the lighting. They only contain a single sign that takes the player to the world map. 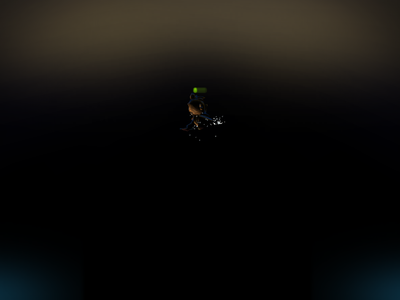 Also present is "empty-level.dat". It behaves strangely when swapped; it will not load at all the first time, but attempting to restore the original level will cause "empty-level.dat" to overwrite the title screen level. It appears to be an infinite void with no geometry or textures. As soon as the level loads, the player begins swimming with the stamina meter, and since there is no respawn point, the game crashes as soon as the boy drowns.

Present in older versions only 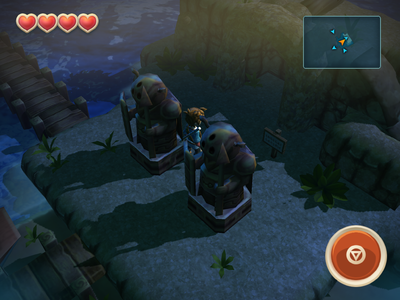 This one is "9-nexus.dat". Like its bigger brother, it's a hub to get to some of the areas in the game. The sign is non-functional, and the statues cannot be moved. There are 4 exits: the one by the boat leads to Tikarel Town, the one inside the cave leads to Old Fortress, and the one on the left side of the island leads to the Great Chronicler's Grave, at the unused start point. The exit on the right is non-functional. 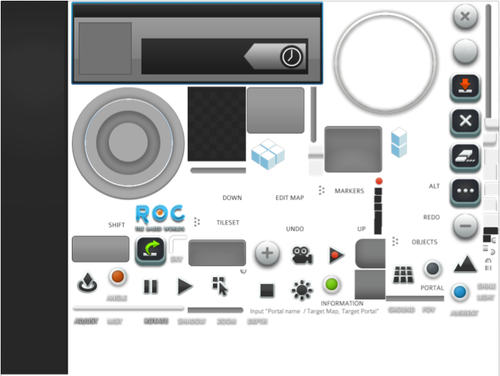 The 3D tile-based world editor used during development has its assets intact.

Present in older versions only

These objects can be found in the game's HUD textures, "FontHudAtlas.pvr", in version 1.2 of the game. The file was re-arranged and these images were removed by version 1.5. The Shovel can be seen prominently in early screenshots.

It's a recolor of the main sword, probably indicating a higher power level. Originally, a feature would allow the player to upgrade items; this does not exist in the final game. Note that this is not the Coral Saber, which exists independently.

Just a leftover from development, contained in a file called "Source.txt" in the main directory.

Chests are only ever locked with Master Keys.

The first string, this is a placeholder title. It can be seen when "nexus.dat" or "empty-level.dat" are loaded.

Not used anywhere, but it's under "menu/nexus", indicating that it was part of the test maps.

As stated above, "nexus.dat" contains 3 lighting tests. The top string is the title of the areas, while the other 3 are subtitles that indicate the lighting.

Most likely meant for the sign right outside of the boy's house on Home Island. Due to an oversight, the sign can't be read.

Unused third line for the "Deception" cutscene. In the final cut, the boy obliges immediately.

There are more lines like this. A "benchmark" version was available for a limited time, to let users see how well their devices would run their game, but has since been pulled.

Judging by the numbers, some characters' lines were cut from the cutscenes. For example, the "Bedtime Story" cutscene is missing files 3, 8, 13, and 16. These anomalies can be seen in the Sounds folder.

In one pre-release video, Bomb Island contained both the Hermit and the entrance to the Great Chronicler's Grave. In the final game they were moved to a new island, Hermit's Island, and the Grave is accessed by dropping down a well. 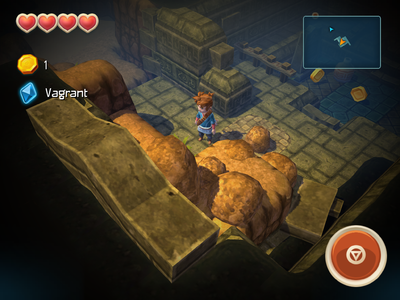 The original entrance has simply been covered up by some rock decorations. The boy spawns right in front of it if the area is entered from the test levels.