Oh...Sir!! The Insult Simulator is a very British game where you construct silly insults to win silly arguments. The whole thing has some obvious inspiration from the Monty Python franchise, such as one of the scenarios being the Dead Parrot sketch. 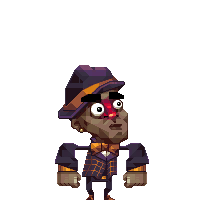 A mysterious man called "Albert" could be seen on promo art, but there was no trace of him in-game until he was finally added as a playable character in update 1.07. Even before the update, sprites for him existed in the game's files, though he didn't have any voice lines yet.

During Christmas, the graphics for all characters (except Father) were changed to be Christmas-themed. This change has since been reverted.