OneShot (2014) is an RPG Maker 2003 puzzle/adventure game where you, as the player, must guide a lost child through a strange world, utilizing items, characters, and the environment to progress.

The game had a remake, also called OneShot.

A debug room with 13 events: a lightbulb that can be picked up and 12 teleports to key locations of the game. Some of them also do change music or Niko sprite or make sounds. DEBUG stores maps "city test" and "MAP0032". 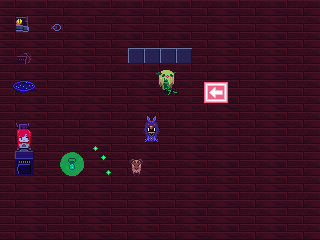 Has a row of 4 unique tiles which are only passable horizontally: Niko cannot enter/exit them from below or above, only from the left or from the right.

Extremely long horizontal corridor made from starting room carpet tiles with a wall below it and walkable void around it. On the left side of the corridor there's a withered plant without collision which, when interacted with while stepped on, will teleport Niko to "DEBUG" room. The room uses a deleted background image, which causes the game to crash upon loading it with the error message saying: "The file city-test-big cannot be opened."

A screenshot most likely of this map in early stages of development, featuring the since-removed background [2] 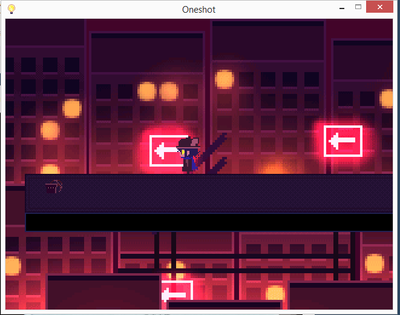 A smiling face drawn in Barrens gravel tiles. Stores all the maps from the Barrens. 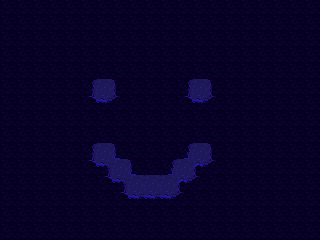 Another smiling face drawn in Glen tiles. Stores all the maps from the Glen. The player is momentarily transported here while reloading failed/completed ram puzzle. 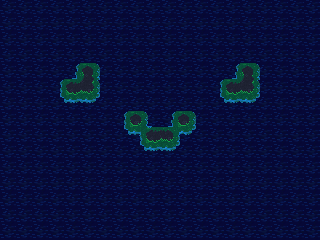 Yet another smiling face drawn in Refuge tiles. Stores all the maps from the Refuge city, all crossroads maps and the maps of the "endgame starting house". The game renders the transparent pixels as black, because there's nothing else underneath. 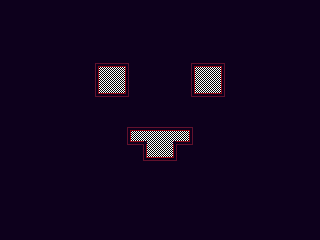 A scared face drawn in Barrens gravel tiles. Stores the rest of the maps starting with the "water" map with the elevator doors. 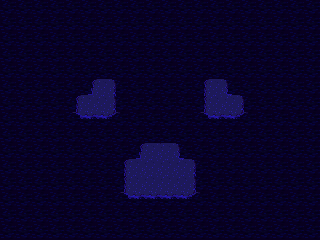 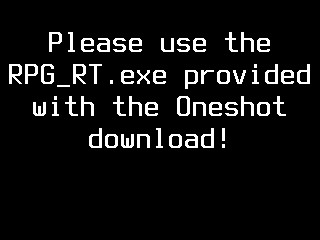 All of these were originally .xyz files, that only RPG Maker can read and convert into .png. All of them (except title screens and backgrounds) have green/black backgrounds, which are replaced by transparency in-game.

A shrimp jar, without the glowing light effect.

A variant of the basement key twinkle of the starting house, but moved up and is in between barrens sprites on the sprite sheet. Fits the shelf in the outpost better (if put on the Niko interacts with), so might've been intended for the screwdriver.

A blue note. Yellow variant of this graphic is found in the outpost.

They are always on in game, but Niko dialogue suggests that they were planned to turn on only when lightbulb is near.

It has 1 additional frame of animation

Barrens Niko without a lightbulb

Empty handed version of sprite set used since teleportation to the Barrens until moment of gifting lightbulb to Maize. Damn.

Niko without a lightbulb in gasmask

Empty handed version of the sprite set used when gasmask is equipped.

Some bird people are in a cycle of running horizontally, back and forth. Interrupting their run with talking at the right moment will change their direction while they still running making all of the running upwards and downwards sprites accessible in-game but not the full animation.

Used one located in Background folder but this one in Picture folder. 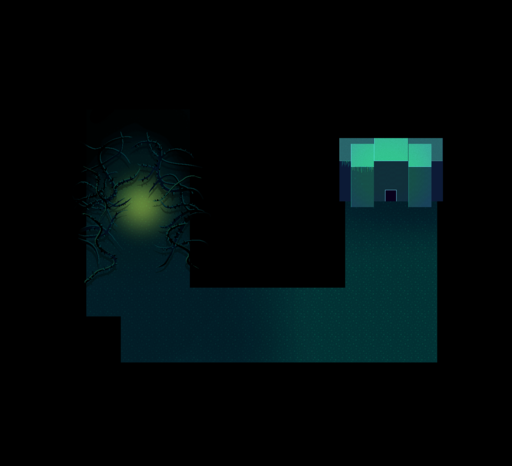 Version of the sprite set used in "water" map.

Tower elevator doors but 1 column of pixels was removed from the left side. 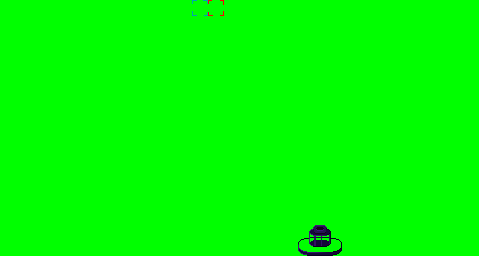 Wide objects are made of 2 events put side by side, But the game's engine always makes event graphics on the right overlap ones standing by the left by 8 pixels. The chess one is using a trick: Silver and Niko actually float in the air above the chessboard table.