Party Quiz Mega Q is a TV quiz show game with support for up to five players. 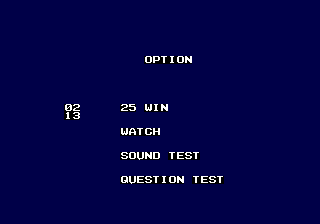 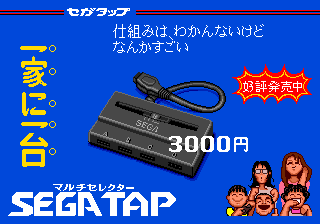 Boots into the sound test screen shown below. 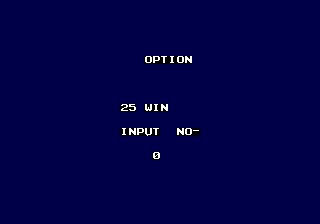 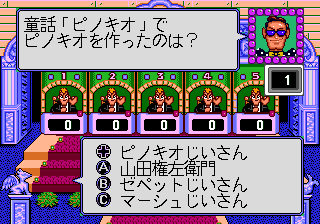 Lets you view every question in the game, split into ten sections (0~9). Press C to see the answer, then press C again to move to the next question. 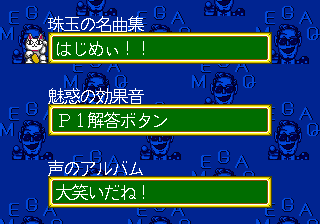 Press A+B+C at the title screen while "PUSH START BUTTON" is displayed. The sound test screen should appear. The top option is for music, the middle is for sound effects, and the bottom is for voice clips.