Pilotwings lets you fly a biplane, ride a rocket belt, sky dive, and then fail miserably at hang gliding, all in glorious Mode 7.

A number of debugging functions can be enabled by replacing the eight bytes at 0xFFF8-0xFFFF in the ROM with FF. 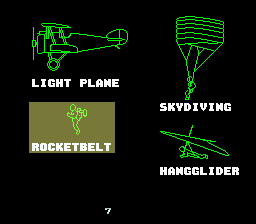 At the craft selection screen, press X to make a number 0 appear at the bottom of the screen. Press L or R to toggle the level and Start to choose your craft and begin the level. Note that this will also allow you to select craft(s) that are normally unavailable on each level, though doing so doesn't appear to have any adverse effects on the game. 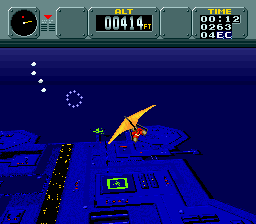 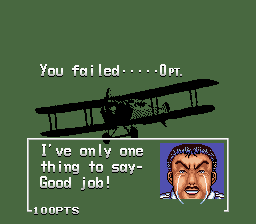 When the instructor comments on your performance, press Select to get an extra 100 points. The L and R buttons let you select a point amount.

With the Debugging function or Pro Action Replay (PAR) codes 7E00B008 7E0CAB04, the jet heli can be used in the lesson. The instructor states that the player must fly through the two rings. The controls are identical, but the game crashes upon attempting to load the score total screen.

The map crashes the player in the water, and the game over screen will always show 0 points. 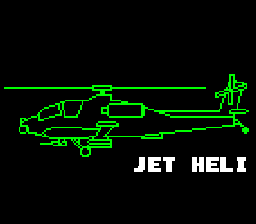 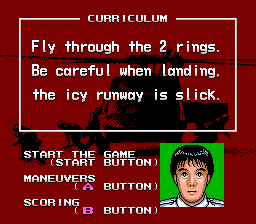 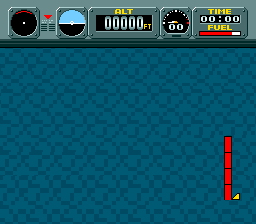 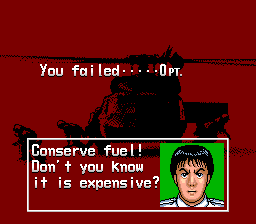 However, with the Pro Action Replay (PAR) code 7E00D007 (which changes the tileset), the helicopter can be used instead. Though the map is glitchy, the player can win this mission with 0 points.

As a side note, the helicopter can be seen in an old magazine scan of Dragonfly, an early version of Pilotwings.

While the ROM code itself was never revised, the microcode in the DSP1 addon chip received a revision which altered behavior of it's math processing to fix bugs and be more accurate. Most of the game is unaffected by this change, but the demo playback glitches. In particular, the plane demo ends first in the plane crashing, then the demo crashing afterwards glitching back to the title screen.