The story of Plok:

One day, Plok, King of Akrillic, noticed his flag was missing. It was the work of those dastardly Bobbins Brothers! After beating them up with his amazing detachable arms and legs, he went back to his island to find that he had been diddled—horrible blue Fleas had taken over his island! Now, Plok begins a great adventure to video game obscurity (and later webcomic stardom).

Oh, and it has a amazing soundtrack, by the same guy who did the NES Pictionary game. 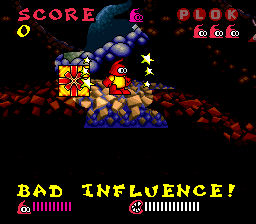 At one point during development, several cheat codes could be entered while the game was paused. These were disabled in the retail game by removing the call to the subroutine that checks the buttons and activates the cheats; however, with the following patch, these can be restored to full functionality (apply to an unheadered US ROM):

After applying the patch, pause the game and enter one or more of the following codes (each letter corresponds to a face or directional button, excluding the L and R shoulder buttons). Note that Plok will lose some health every time a code is entered, so use these with caution!

"Nintendo Power" would of course be referring to Nintendo's long-running official magazine, and "Bad Influence!" is likely a reference to the videogame-oriented kid's TV show that was running in the UK at the time. Presumably at some point these would have been exclusively revealed through these outlets as a promotional stunt before the whole system was scrapped. As for the other two disabled cheats, "John" would be either designer and co-creator John Pickford or programmer John Buckley, while "Lyndon" would be artist Lyndon Brooke. 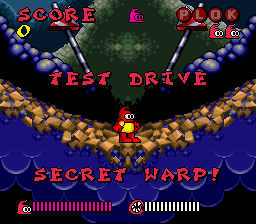 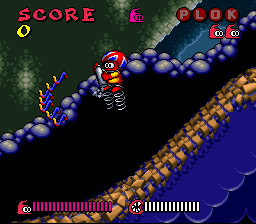 This level is a test of all of the various costumes and vehicles in the game, using the "Fleapit" level tileset. There's no exit and no enemies of any kind, just a very large level to test in.

To access this level, either enter the cheat code listed above, or use the Pro Action Replay code 7E084828.

This map shows which vehicles/costumes are located where in the level. Click to enlarge the image.

Three levels were started on but never completed. Some data for these levels is still in the game. They're meant to take place after Rockyfella but before the Fleapit.

These cut levels have map locations programmed in, but there's no flag poles, although flags do appear when you move from one cut level to another. None of them have unique text either—they use the default dialogue from the start of the game.

None of the levels have any layout data, instead appearing as a mess of random tiles. They all play track 0, the track used for Plok's House and Venge Thicket. 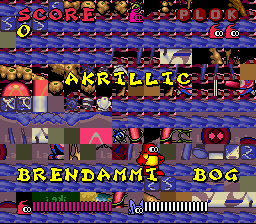 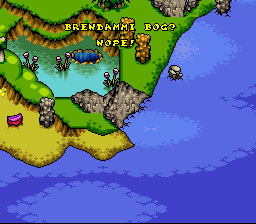 Interestingly, the level is still mentioned in the game's intro, even though the actual level was cut. 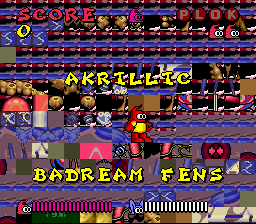 Interestingly, both Brendammi Bog and Badream Fens load this to VRAM at the start of the level. It looks like the unique graphics for these two levels were never completed or, indeed, started.

There's a slight graphical error with the map path to Badream Fens. The tiles below the Fleapit are set to appear on top of sprites, in order to hide Plok when he jumps in. However, the map path to this level crosses those tiles, so they cover him up when they really shouldn't. It's possible that the Fleapit was not originally intended to appear in the bog, and was moved there after the extra levels were cut. 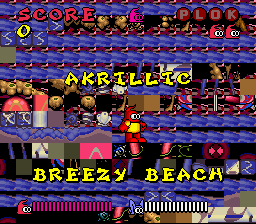 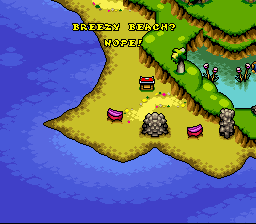 The last stop on Plok's lost levels tour, this would have been another beach level.

This level is also mentioned in the intro. Odd that two of the three locations named are from cut levels. Guess they wanted them in the game in some form.

A large amount of leftover code and text from the high score screen in Super Off Road remains in the ROM for reasons unknown. The text starts at ROM address 0x8046.

This doesn't seem to fit with the level select. The layout and selection of characters seem to suggest a password or name entry screen.

A list of the game's areas that would have appeared on the level select screen. Note the alternate spelling of "Akrillic".

This text is stored with the level names that appear in-game, but is referenced in the same pointer table used for the list of areas above.

Presumably the game's build date and time, around four months before the game's US release. This is the same in every release of the game, meaning it was likely updated by hand.

Text that was intended to appear during the demo sequences that teach you how to play the game. 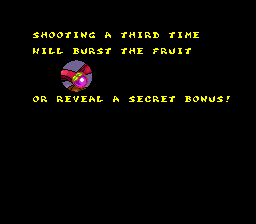 The final game only tells you to shoot the fruit twice to inflate it. 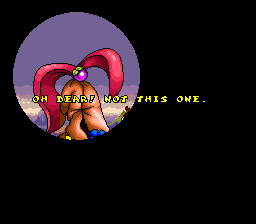 This appears immediately after the line above, and would have been shown after the fruit was burst.

The final demo's input script abruptly ends with Plok jumping up to shoot the fruit a third time; changing ROM address 0x2CE35 to $FF will extend the demo long enough to show the final two lines. (Modifying the script to make Plok shoot the fruit reveals that this particular fruit does lead to a bonus stage, which breaks the demo; this may explain why the demo was modified.)

This is stored immediately before the first line of demo text, and does not have a proper $FF terminator like the rest of the game's text. "J" and "L" likely refer to John and Lorraine Buckley (credited under "program and design" and "thanks to", respectively); the other two initials are unknown.

The US and Japanese versions of the game start the player with three lives. This was bumped to four in the European version.

The font used on the copyright screen and elsewhere in the US and European versions (e.g. on the overworld map) was changed in the Japanese version, possibly for enhanced readability. Due to the game being distributed by Activision in Japan, the "Licensed by Nintendo" text was removed and replaced with "Sublicensed to Activision". The European version was licensed to and published by Nintendo, necessitating a two-letter change. 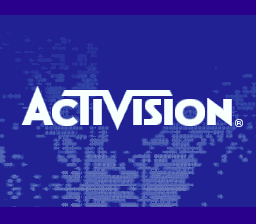 Unsurprisingly, an Activision logo was added between the copyright and title screens in the Japanese version. 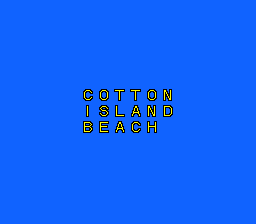 The Japanese version "types out" the name of the current level on a separate blue screen before the level starts, rather than displaying it on top of the gameplay.

In the Japanese version, the font was changed, the "Skill Level" heading was removed, and the "Child's Play" difficulty setting was changed to the more straightforward(/less insulting) "Easy". The difficulty settings are also "typed out" letter-by-letter, much like the level names in-game.

The game checks for SRAM both at startup and once per frame during gameplay by attempting to write values to $700000. If the writes are successful, the game locks up with a flashing "ILLEGAL GAME CONFIGURATION" message.

The game also occasionally performs a checksum on this routine, and displays the same message if it fails. This can be seen by entering the Pro Action Replay code 82850800 and resetting the game.