This page details prerelease information and/or media for Banjo-Tooie.

A Japanese demo that was playable at SpaceWorld 2000 which doesn't appear to be much different from the final game. Banjo-Tooie footage starts at 43:34 in the video. 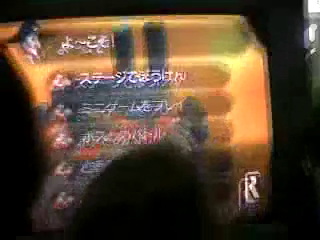 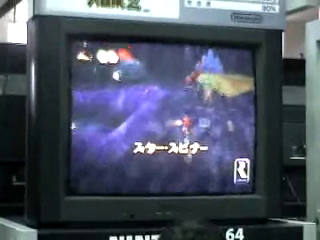 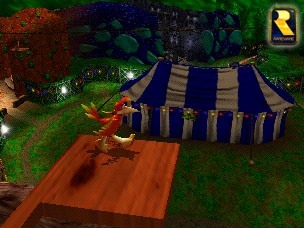 An early screenshot of Kazooie on top of the Dive of Death. In the final game, Kazooie can't get up here alone since she can't climb ladders and there are no flight pads in this area of the level.