This page details prerelease information and/or media for Celeste.

A much boxier, lankier design that lacks the backpack from the final. 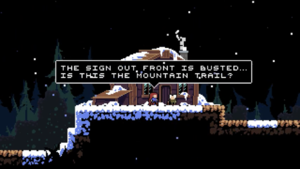 Originally white text on a black box with a white outline, lacking portraits, box designs, and the Renogare font used in the final. 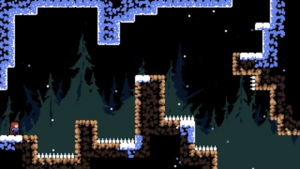 Chapter 1 was originally called "Ruins" and used the same tileset as the Prologue.