Celeste is an indie platformer infamous for its ruthless, unforgiving difficulty, making it surprisingly popular in the speedrunning community. Also, queer energy.

The pre-lit Mirror Temple torches found in "Atlases/Gameplay/objects/temple" have an unlit texture and a light animation, despite the fact that they are inherently never in these states. They can be seen by swapping the graphics around. 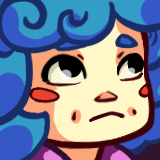 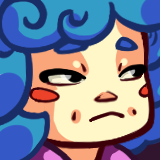 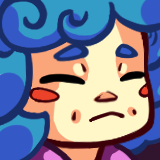 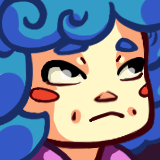 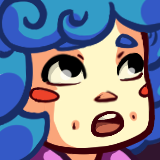 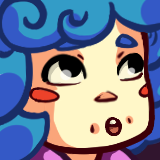 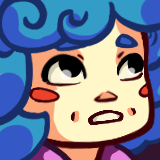 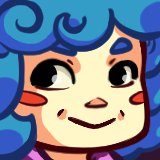 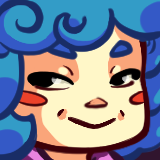 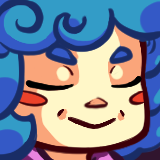 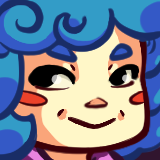 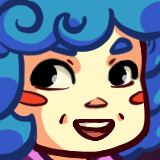 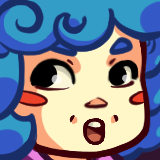 Dialog portraits of Madeline’s mom without a phone, which go unused since the only time she appears is in a phone conversation at the end of Chapter 2. The game doesn’t even have these registered as valid dialog portraits, The portraits were drawn first and Amora (one of the game's artist) would add the phone later on to create the phone portraits that do go used. These images remained just in case they needed them.

The in-game sprites for the journals seen in pre-release videos are still in the final game, in "Atlases/Gameplay/objects/journal".

"Atlases/Gameplay/objects/mirror/resortframe_copper.png" is a Celestial Resort-sized mirror that matches the color scheme of the rest of the level, instead of looking like the Old Site mirror. 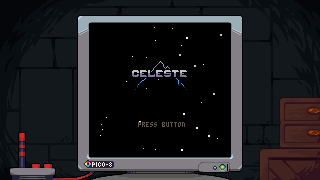 The Pico-8 console background includes an image of the title screen, which is always covered up by the actual game. This sprite is used but the Celeste title screen goes obstructed. 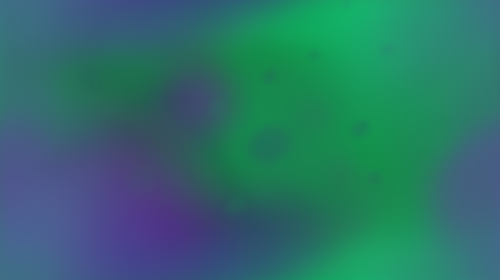 "Atlases/Misc/darkswamp.png". This is a fog overlay, but it isn't used in any level. According to Noel Berry these are leftovers from the now cancelled project Skytorn, in which he was working on before Celeste was completed. They would've served the same purpose in Skytorn. Many of the fog textures in Celeste (like this one) are recycled from Skytorn. This also explains the name "darkswamp" since there are no swamps in Celeste, but there might have been in Skytorn.

"Atlases/Gameplay/objects/goldblock.png" is a modified version of the Switchgate, and is most likely used for the GoldenBlock object.

The “lights” used to represent the path for the Mirror Temple dash blocks in the developer livestream can be found in "Atlases/Gameplay/objects/swapblock". They don’t quite match up with the variants shown there though, indicating they might have gone through a bit of further tweaking before being replaced by the final design. These still exist for the Farewell version of the blocks, seemingly unmodified.

In "Atlases/Gameplay/objects/switchgate", there is an unused border sprite, that seemed like it would have been added around the icon on the switchgate.

A diving board, split into two separate graphics for the base and the board. It probably would have bent when stepped on. Where it would be used is unknown, though the room in Golden Ridge where Granny is found would be a good guess, considering that water, a life preserver, and a "rules sign” (going by the filename) can all be found there.

A “Mr. Bones door”, whatever that is. The graphic shows a brown door with a lighter border.

A little stem growing out of the ground surrounded by snow, with a somewhat crude graphic. It may be scrapped from an old mechanic where the player would have to look for some strawberries in the snow, although this wouldn't fit well with the game, which may be why it was removed.

"Atlases/Gui/controls/press.png" shows a downward arrow graphic in pixel style, something which wasn’t used in the UI since much earlier pre-release builds, meaning this is probably unused.

"Atlases/Gui/assistmodestamp.png" is still in the files, despite having been replaced with the “tab” on the left in the Farewell update.

The Kevin blocks have a texture for a variant without lights on any sides, which goes unused since the lights indicate which sides can be dashed into, so this would do nothing. It is not actually implemented in-game.

The folder "Atlases/Gameplay/Objects/BumpBlock" contains what looks like an older set of textures for the fire/ice blocks in Core. (The used versions are in BumpBlockNew.)

"Atlases/Gameplay/Objects/eyebomb" is the graphic used for the Mirror Temple pulse things in the developer livestream. These would later evolve into the Farwell fish, which apparently still use the name “eyebomb” in code.

The Golden Ridge gondola has an animation of it being stretched horizontally. Not used in the actual cutscene.

An alternate “zip mover” border exists, that is blue instead of grey.

starjump.png is a duplicate of the main Reflection tiles. The used Starjump blocks are under "objects/", and have special visuals.

template.png is a template for tileset layouts. Pedro mentions this in one of his livestreams, but I’m not sure if we ever see it.

There are graphics for Golden Strawberry seeds, though they’re identical to the normal ones.

Unused Planet sprites can be found within "Atlases/Gameplay/bgs/10/Planets", which would have been used as decal for Farewell. Interestingly, the stylegrounds effect that creates the floating pink and green starfish in Farewell is called planets.

Functionality implemented in FMOD events that is broken or obsolete. These were discovered in the publicly-released FMOD project.

Celeste has a well-known debug mode which can be activated by editing the player's save file. To do so, open Celeste/Saves/settings.celeste and set LaunchInDebugMode (near the bottom of the file) to true. Next time the game is launched, it will run in debug mode, allowing access to the debug save, debug map, and developer console.

The debug save is accessed using the ~DEBUG~ option on the main menu. It behaves identically to normal saves, except everything is unlocked by default, and collected strawberries are reset when loading a level.

Using the debug save is not required to access the debug map or developer console.

The debug map can be opened by pressing Tab while in a chapter. It shows a map of all rooms in the chapter, which are color-coded (usually based on the checkpoint they are from, though this varies by map). The following keys are available:

The developer console can be opened by pressing the ~ key. When open, the hitboxes of all on-screen objects will be shown. If using a controller, the player can still move while the console is open, but keyboard input instead types into a command box. Useful commands include help (provides a list of commands, or info about a specific command), load (loads a level), assist (toggles assist mode), and variants (toggles variant mode).

Besides adding the new chapter, the Farewell update (v1.3) made several other changes: