A document found at the US National Archives shows some early designs from the game's Popeye phase of development. 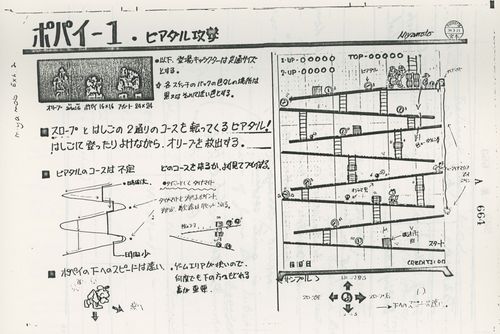