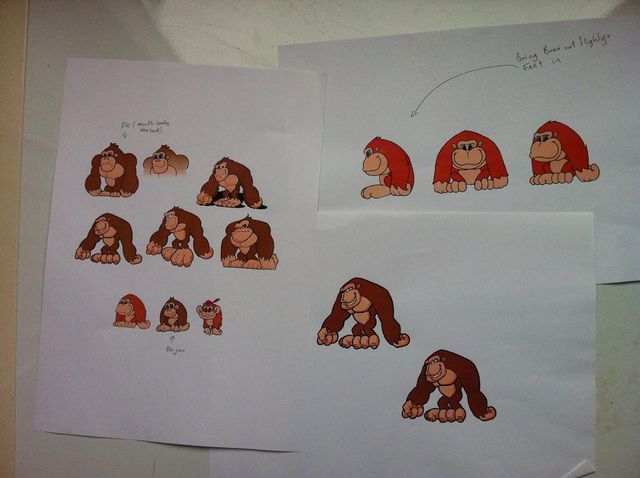 These early sketches of Donkey Kong are from 1993, and have more slim limbs. This was before Miyamoto suggested adding a tie.

Used for promoting DKC and the Super Game Boy, here are some differences between this build and the final version:

Boss Dumb Drum would originally have been fought in a room much like the bonus rooms, however he was moved elsewhere in the final game. The original room still exists in the ROM (room ID 21), but without the boss itself. 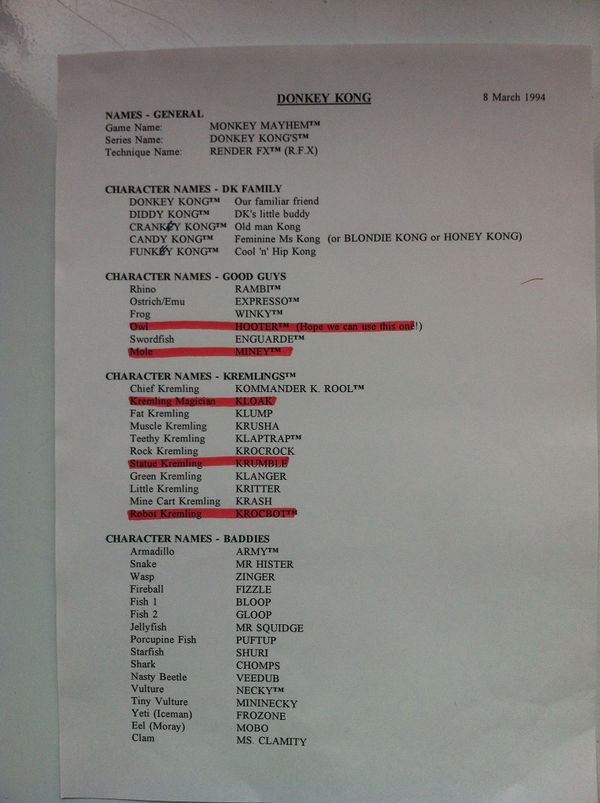 Despite being cut from the original game, Shuri, Puftup, and Kloak made it into Donkey Kong Country 2.