This page details prerelease information and/or media for My Singing Monsters: Dawn of Fire.

My Singing Monsters Generations was the first name for DOF. A clip of it was shown on the Extra Life stream Big Blue Bubble did on Twitch. The clip can be found here.

Differences in My Singing Monsters Generations

Doose was a scrapped monster that was supposed to come out with Congle. It could be seen in the 1.15.1 loading screen on the volcano. It was replaced by Bisonorus according to the monster handlers. Doose's design was shown in My Singing Monsters Live. 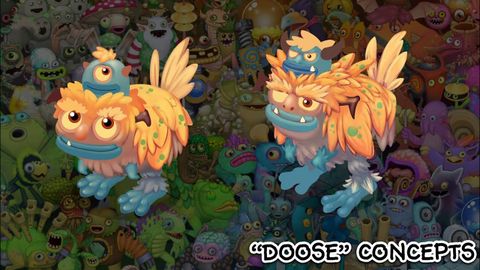