This page details prerelease information and/or media for Ristar (Genesis).

Ristar went through some interesting changes during development, most notably that Ristar himself originally wasn't a star. 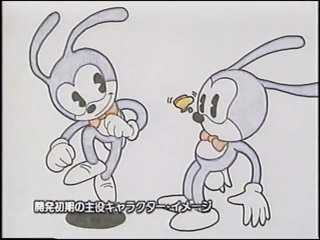 The concept for Ristar dates as far back as 1990 with the development of Sonic the Hedgehog, where one of the proposed ideas was a rabbit that could grab and throw things with his ears. While this was rejected, the basic idea of grabbing things would be revisited for Ristar.

When development on the game itself began, Ristar was a spherical creature named "Feel" who didn't even look like a star. Two different designs were made for this creature. The prototype below would combine the two designs into one. 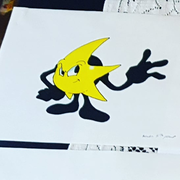 Sometime after the Feel prototypes, the decision was made to redesign the character. The redesign resulted in the creation of Ristar. This design is near-identical to the final, save for the lack of gloves and shoes.

Retrieved from "https://tcrf.net/index.php?title=Prerelease:Ristar_(Genesis)&oldid=906720"
Categories:
Cleanup > To do
Cleanup > To investigate
Games > Games by content > Prereleases