This page details prerelease information and/or media for The Addams Family (NES). 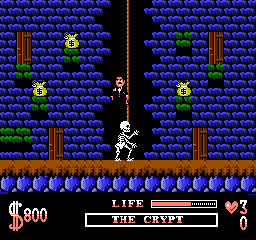 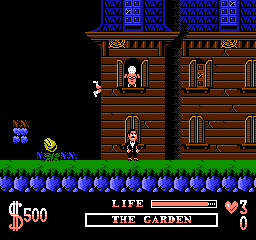 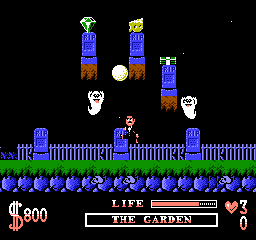 Page 93 has a preview of the game, with several screenshots of a prerelease version showing several things not used in the final: coins, crosses, and a goofy, cartoonish-looking Gomez (the final version has him looking more realistic). All of these are still in the final game, including a pretty much complete set of cartoonish Gomez sprites. Although the crosses are present in The Garden's layout in the final, they're blacked-out. 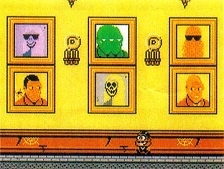 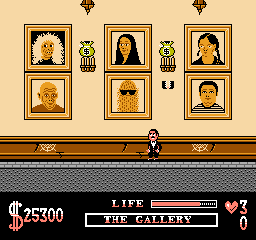 An early version of The Gallery, with various character portraits along with the coins and cartoonish Gomez. Of these, the final game only uses the Cousin It picture, with the rest replaced by more realistic pictures of the various family members, although the early set is still in the ROM.